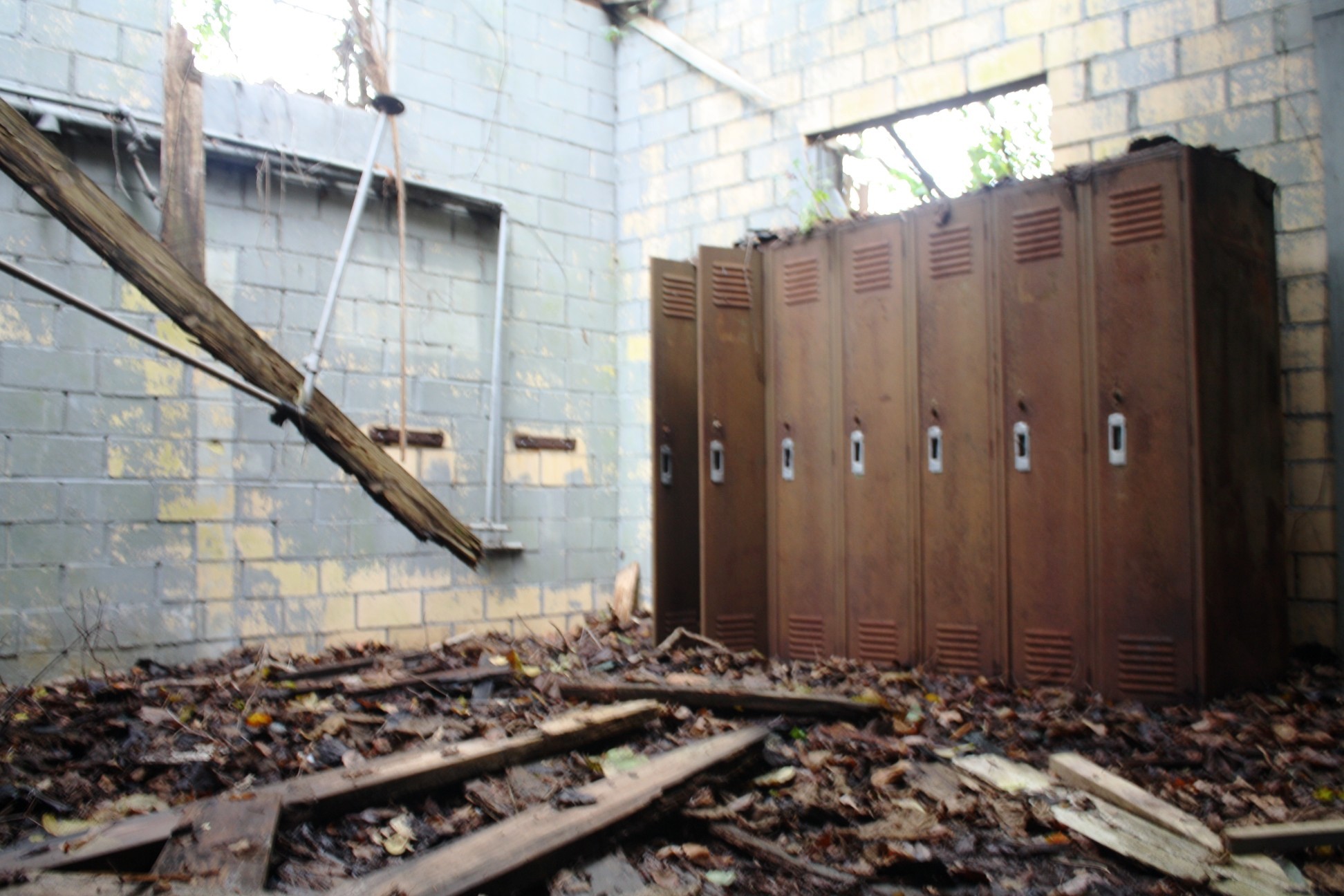 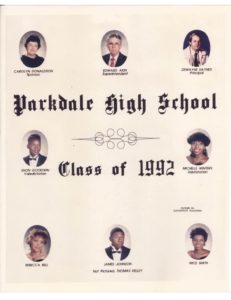 In Ashley County, there are many small communities, once  hubs of activity, that are now gently sleeping. No school bells ring in Parkdale anymore; students go to Hamburg, or Lake Village, among others. The community is a tiny one, home to approximately 150 people, but the area and those surrounding it are rich with history.

“In the early part of the twentieth century, Parkdale became notorious for violent crimes, including murders. Historian Y. W. Ethridge described Parkdale as a ‘boisterous community’ due to the railroad, sawmills, and saloons. One citizen later said, ‘Parkdale was terrible. There were a bunch of outlaws. It was a shoot-up town….There was a rough and rowdy white element here. It was wild.'” Today it is a tiny, quiet community, with no similarity to its wild past.

The Parkdale High School building is still standing, albeit extremely damaged. The gym building is dry and intact, while the school is full of wet floors and blackboards, a few toppled desks, and broken toilets.

After desegregation, the nearby and formerly featured on Abandoned Arkansas Savage High School was integrated with Parkdale High School until its last school year in 1993-1994, when it consolidated with Hamburg School District.

Wow!!
I had a lot of memories at this school, I graduated from there! A lot of great teachers and coaches worked there. Great school! As I looked at the pictures, my heart was saddened by the condition that the school is in, because I knew what it looked like. Lots of great memories there. Sad to see it in this condition🙁. I think if it’s not going to be restored, tear it down. It’s a big eyesore when you drive by.

M an that was a great school

I love going to the school with friends and family it’s a shame it had to close when my mom and I moved to a new state I hate it that stay that we move to which was Louisiana I asked my mom to take me to Arkansas to my grandparents just to go to that school with my aunts and uncles where I wasn’t treated differently like when I was in Louisiana School District St John Parish West st. John High home of the Rams

I really impress your work and learn a lot from your article. The way you enlighten everything on this article is so nice and very interesting to read. thanks for sharing this post.