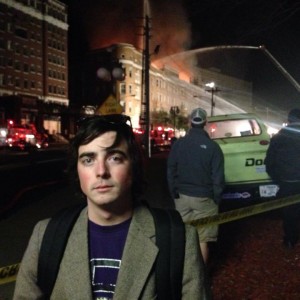 My name is Michael Schwarz and my interest in abandoned structures started at a young age when I first viewed the film “Titanic” because of the emotions evoked by the remains of the ship at the bottom of the Atlantic.  While making one of my short films, I was out scouting locations but was having difficulty obtaining permission to shoot on sites of currently active businesses. My friend was kind enough to tell me about an abandoned circus in Edmond, OK. I was intrigued and went to see the location for myself. I explored the location to see how to build a short film around this interesting site. This stirred my interest which lead me to other abandoned structures.

In January 2012, I saw a television newscast reporting an abandoned building which was on fire. This building, Dunjee High School, was a place I had visited many times before. That same day, I went to the school to photograph the remaining ruins of the building. There I met the widow of the former principal of the school. Her story evoked strong emotions because, through her tears, she revealed this building was the last tangible memory which remained of her husband. This story changed my perspective of abandoned buildings from this point forward. I started to realize they weren’t just buildings but places that hold history and valuable memories for many people. Likewise, when fire destroyed the Majestic Hotel (From picture above) in Hot Springs in February 2014, it also destroyed part of Arkansas history. A history that can still be relived by looking at the some of the photos I took with 20 trips inside, including my last, just two weeks before it burned.

After I started college in Conway, I wanted to do more than just share these pictures with friends on social media, so I started this website. I have explored and documented over 300 locations in Arkansas and Oklahoma. In addition, I want to continue this diary of bygone days, preserving them for generations to come. 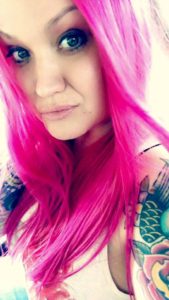 Throughout my life, I have never passed an old house or building and not wondered what it looked like inside. Raised in the Mississippi Delta, where dilapidated and derelict buildings and homes are plentiful, I allowed my imagination to run wild; the call to explore always beckoned. Being an English major with a MFA in creative non-fiction, it is my nature to absorb and create stories based on real life. Studying the history and seeing the remains of structures that held that history is a gift that not many take the time to experience.

Since joining Abandoned Arkansas, I have been able to feed my lifetime obsession with what once filled the emptiness of these buildings. Capturing the essence of the structure, be it a loving home or a fancy hotel or a sad hospital, is an honor.

When I’m not out exploring, I teach high school alternative students, operate a private tattoo studio, read tarot cards, and watch too much YouTube. I have a fascination with dinosaurs, namely the T.rex, outer space, slow heavy metal music, and thrift store shopping. I’ve lived in Little Rock for over ten years now and love every minute of it. Visit me on instagram @highfiveg 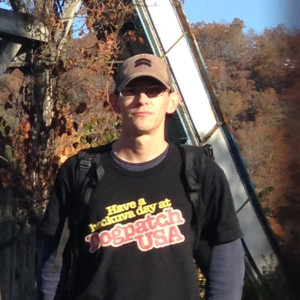 Eddy Sisson joined Abandoned Arkansas in 2013 and was so moved by the locations that he has since volunteered tirelessly to help restore life to Dogpatch USA and other locations. He started the official Facebook fan page for the old park. Eddy later joined AAR in September 2013.His starting of AAR’s group “Arkansas History Rescue” adds life to forgotten and abandoned properties. 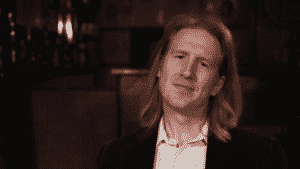 James “The Negotiator” Kirkendall is a Fort Smith resident and joined the Abandoned Arkansas team in 2014. He owns two dogs, a parrot, and lives with his wife Ashleigh. Though he struggles with a learning disability, his talents and persistence have led him to an array of different achievements. Some of the greatest feats have been receiving a black belt in traditional karate and performing overseas in the Fringe Theatre Festival in Edinburgh Scotland. His education includes several computer technology certifications and he has attended the New York Film Academy in LA. His interests include video games, roller skating, and martial arts. 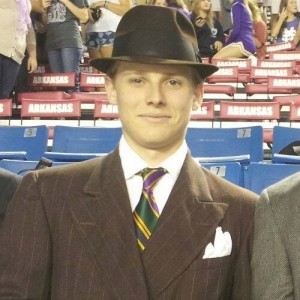 Grant loves history of all forgotten places, but stresses his focus in the town “Hot Springs,” where he grew up. He started his own group called “Forgotten Arkansas” back before contributing to AAR. 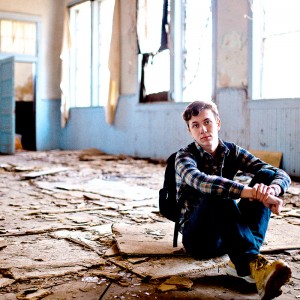 Jared Holt began shooting in 2009 and has since won 17 Arkansas Scholastic Press awards, been featured in 3 galleries, and has since.