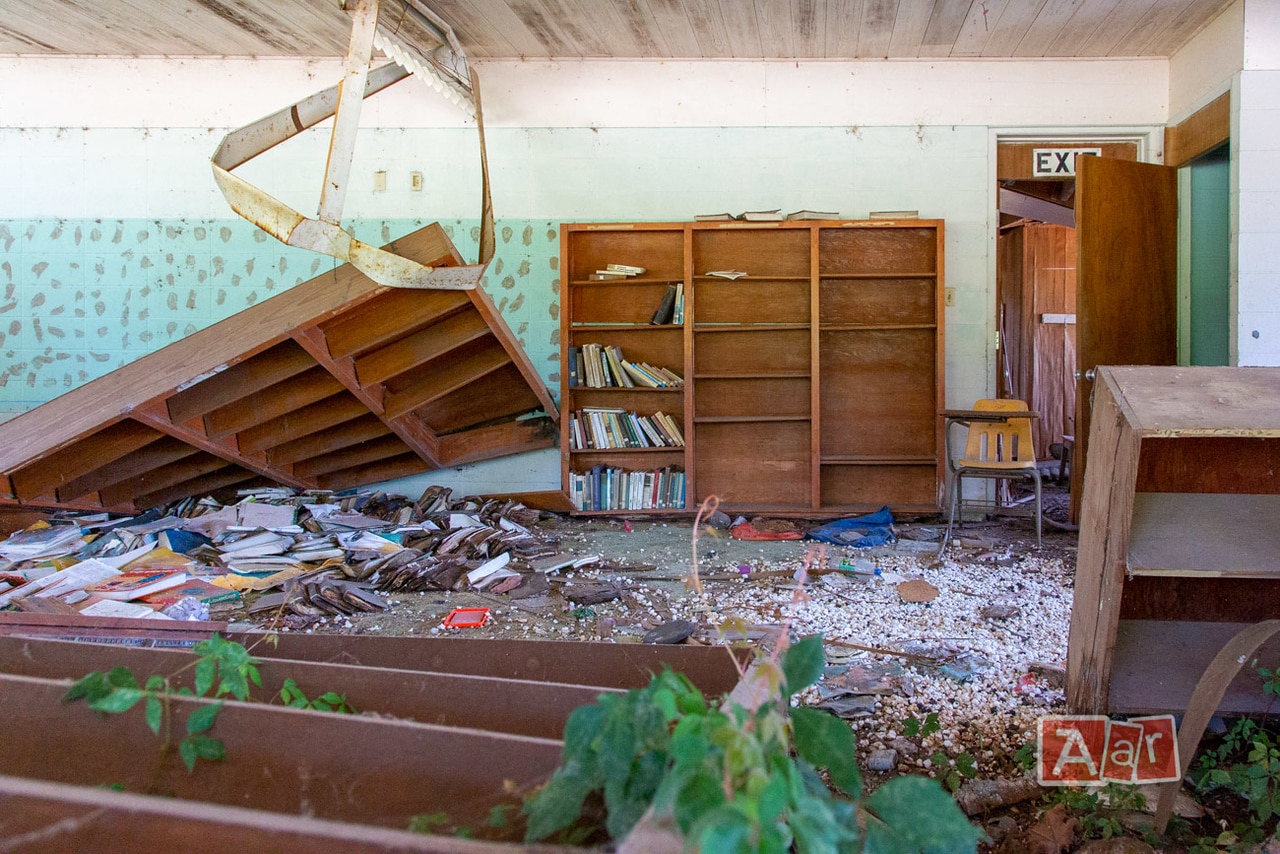 Morris Booker Memorial College has a dual history. Before its final name, the college was The Chicot County Training School in Dermott. The single-story building was built in 1929 by funding from the Rosenwald* Fund, a major philanthropic effort to improve educational opportunities for African-Americans. It is similar to other schools of the period, with banks of windows providing plentiful light to its seven classrooms. Sometime in the 1940s, an auditorium was added to the west side. The building was the second built for the training school with Rosenwald support; the first, a four-room building, was built in 1924 but has not survived.

The school building is significant as the only surviving Rosenwald-funded school in Chicot County. Its design was based on standard plans developed by Samuel Smith, an agent for the Rosenwald Fund who developed a plan book for various configurations of school buildings, to be used in the fund’s work without necessitating the need for an architect for each facility built. The design incorporated an “industrial” room, in which trades could be taught, and the building was sited according to Rosenwald’s recommendations for the best use of natural lighting. The building served as a public school facility until 1975, after which it was sold to Morris-Booker Memorial College, which was in 2004 using it as a Head Start facility.

The building was listed on the National Register of Historic Places in 2004.

While the original Rosenwald building and nearby library building are both in extreme states of decay, the larger and newer gymnasium

*Julius Rosenwald – one of the most significant figures in Southern black education. A successful businessman, Rosenwald’s philanthropy is much more well known than his financial success. He worked to provide grants to build schools for African Americans across the South, including Arkansas, and he contributed greatly to the creation of better educational opportunities for Arkansas’s African-American population. Established in 1917, the Julius Rosenwald Fund brought more money for the benefit of black education than any previous philanthropic undertaking. It was aimed at creating more equitable opportunities for African Americans in the South.
Unlike many charitable organizations, the Rosenwald Fund would help a school only if the community had helped raise some of the funds themselves. Rosenwald and the directors of his trust first directed their attention toward building rural schools, then toward high schools and colleges, and finally toward providing grants and fellowships to enable outstanding black and white individuals to advance their careers. The directors of the trust were also involved in the direction of the curriculum at all levels of education, with their emphasis on the educational needs of rural children. The directors maintained that it was necessary to have vocational skills; math, reading, and writing skills; an understanding of biological processes and farming; and knowledge of the fundamentals of sanitation and health.

State records indicate that when the fund ceased sponsoring school building programs, it had aided in the building of 389 school buildings (schools, shops, and teachers’ homes) in forty-five counties in Arkansas. (A total of 4,977 schools, 217 teachers’ homes, and 163 shop buildings were built in fifteen states across the South with the assistance of more than $4.3 million from the Rosenwald Fund.) The fund contributed over $300,000 to Arkansas. The state or counties owned and maintained all of the schools, and the land was usually donated by a white landowner. Rosenwald (and Washington as well) believed very strongly in the local community playing a hands-on role in the development of the school. The local community was supposed to match the grant through cash, materials, or labor so that the community would have a strong commitment to the program. In fact, many building campaigns were initiated by local African-American leaders, and the schools built represented the community’s determination to provide a decent education for its students.

Most of the Rosenwald Schools in Arkansas were built in the southeastern half of the state, where there was a greater need for school facilities for black students, but schools were built as far northwest as Franklin and Logan counties. To aid in the design and construction of the schools, Samuel Smith, a general field agent for the Rosenwald Fund, developed a series of floor plans and specifications for a variety of schools, using the most up-to-date innovations in school design. The blueprints were published in a book titled Community School Plans and could be obtained from the Rosenwald Fund through the state’s education office. Smith felt that having a stock set of blueprints and specifications would allow any community to build a quality school without having to hire an architect, and the school plans turned out to be one of his greatest legacies. Although plans were provided, it was not necessary for schools to be built using standard plans. Any non-standard plan used, however, had to be approved by the Rosenwald Fund.

In 2002, Rosenwald Schools gained national attention when the National Trust for Historic Preservation named all Rosenwald Schools one of America’s eleven most endangered places. Since that time, efforts spearheaded by the Arkansas Historic Preservation Program have found that eighteen Rosenwald buildings of the original 389 remain in Arkansas. Today, a few of the buildings have been rehabilitated, and some schools have active alumni associations. However, most are vacant and deteriorating, lacking markers to indicate their important place in Arkansas’s history.

So sad to see this condition of the college

The building was the second built for the training school with Rosenwald support; the first, a four-room building, was built in 1924 but has not survived. HPE0-S56 dumps

so sad to read the college has become abandoned. I understand technologies are being developed rapidly, but I don't believe we don't need colleges already. it can be true for the digital area, but there are so many specialities are relevant today, just like educational communities with their own places

do we really need so many duplicates of the same scene? (6 shots of the end of the gym?)