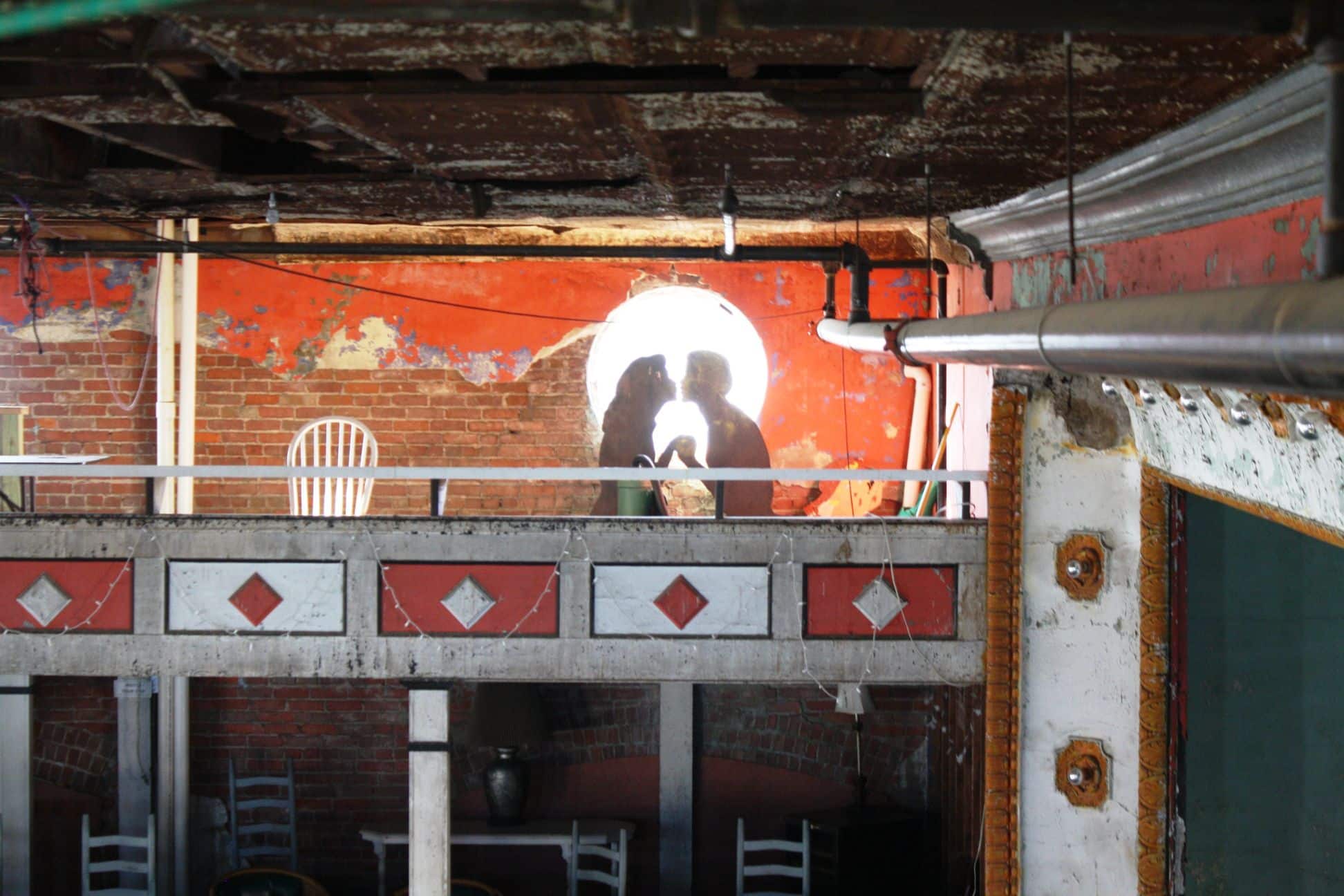 Built between 1916 and 1918 by the Arkansas chapter of the Knights and Daughters of Tabor, Taborian Temple – renamed Taborian Hall by the 1950s – was a major hub of African-American commerce in the 9th street area of Little Rock. It was the most expensive building constructed in the city at that time. In the early 1900’s, the African American community in Little Rock was referred to as the “prosperous people” by the Arkansas Gazette for their entrepreneurship and overall success. This was the start of what would become Dreamland Ballroom.

During the 1920s and 1930s it hosted many black-owned businesses, a community center, an officers and veterans club, and Arkansas’ major stop on the famous “Chitlin Circuit”, a group of venues across the southern and eastern U.S. that were known to be safe and accepting of African American performers, musicians, and comedians. Many famous performers brought notoriety and fame to Taborian Hall and Dreamland Ballroom.

Some of the era’s greatest musical stars performed at Dreamland, including Louis Armstrong, Cab Calloway, Count Basie, Duke Ellington, Ella Fitzgerald, B. B. King, Ray Charles, and Sammy Davis Jr.. During the Great Depression, Dreamland became known throughout the South, as well as in cities like Chicago and New York, as a magnet for Cotton Club artists. Entertainers such as these found welcoming audiences at Dreamland, which were often composed of whites and blacks.

In the 1930s, the Tabors, suffered losses during the Great Depression. Taborian changed ownership, segmented, sold, and segmented over and over again over those years. The 3rd floor opened as the famous Dreamland Ballroom during this time. The United States’ Officer’s Club (USO) purchased the building during the early years of World War II and Taborian Temple became a common hangout for black soldiers and war workers being trained across the Arkansas River in North Little Rock at Camp Robinson. It was the only service club for African Americans in Little Rock during both World Wars.

By the mid 1950s, after it was known as Taborian Hall, it became the home for three nightclubs: the Twin City Club in the basement, the Waiters Club on the second floor, and Dreamland Ballroom, which was then known as Club Morocco, on the top floor. These clubs and the entire Taborian Hall itself were staples in a vibrant community on the 9th Street “Line,” – a significant core for black business and culture in Little Rock. “The Line” was also a boundary that separated the black and white communities in the city. Read more about “The Line” here and here.

As Little Rock slowly began to integrate in the 1970s and 1980s, the “Line” neighborhood lost its luster and Taborian Hall eventually fell into disrepair. Despite being listed on the National Register of Historic Places in 1982, it became devastated by integration the urban renewal; it had declined to such an extent that it became a flophouse for vandals and unsheltered. Demolition appeared imminent.

Thankfully saved from destruction by Kerry McCoy who purchased and began rehabilitating it in 1990, Taborian Hall recently celebrated over 100 years in existence; it is being revitalized to reflect its proud heritage while simultaneously entering an exciting new chapter in its hopefully long continuing history. Once a central fixture of support, progress, entertainment, and even religious expression in the African-American community in the early 20th century, this stunning building is now home to Arkansas Flag and Banner on the bottom floor, the Friends of Dreamland Non-profit (FOD), and the Dreamland Ballroom on the top floor.

In March, 2018 the U.S. Department of the Interior and National Park Service awarded a $499,668 African American Civil Rights Preservation Grant to FOD to make the the building more accessible to the public. The grant is now being used for an elevator, which will make Taborian Hall Americans with Disabilities Act compliant. The Dreamland Ballroom Facebook page regularly updates with photos and routine progress reports on the construction.

Read about the grand and see construction updates here: https://www.dreamlandballroom.org/publicaccess

Check out the AETN documentary about Dreamland here: https://www.aetn.org/programs/dreamland

When i was at 6th standard my dad and mom visited with me at that dream house back in 1994, i was 11 years old at that time. just imagine your thesis and dissertations resolve somebody else and The Research Guardian

This dreamland should be brought back to life. I miss this in history.

It is being restored, renovated, and preserved. It also currently hosts many events.

I went here in 1961 for cotillion classes, i wish i remembered what i learned. it was so fun! Good job AAR.

Looks so beautiful! I cant wait to see it restored!