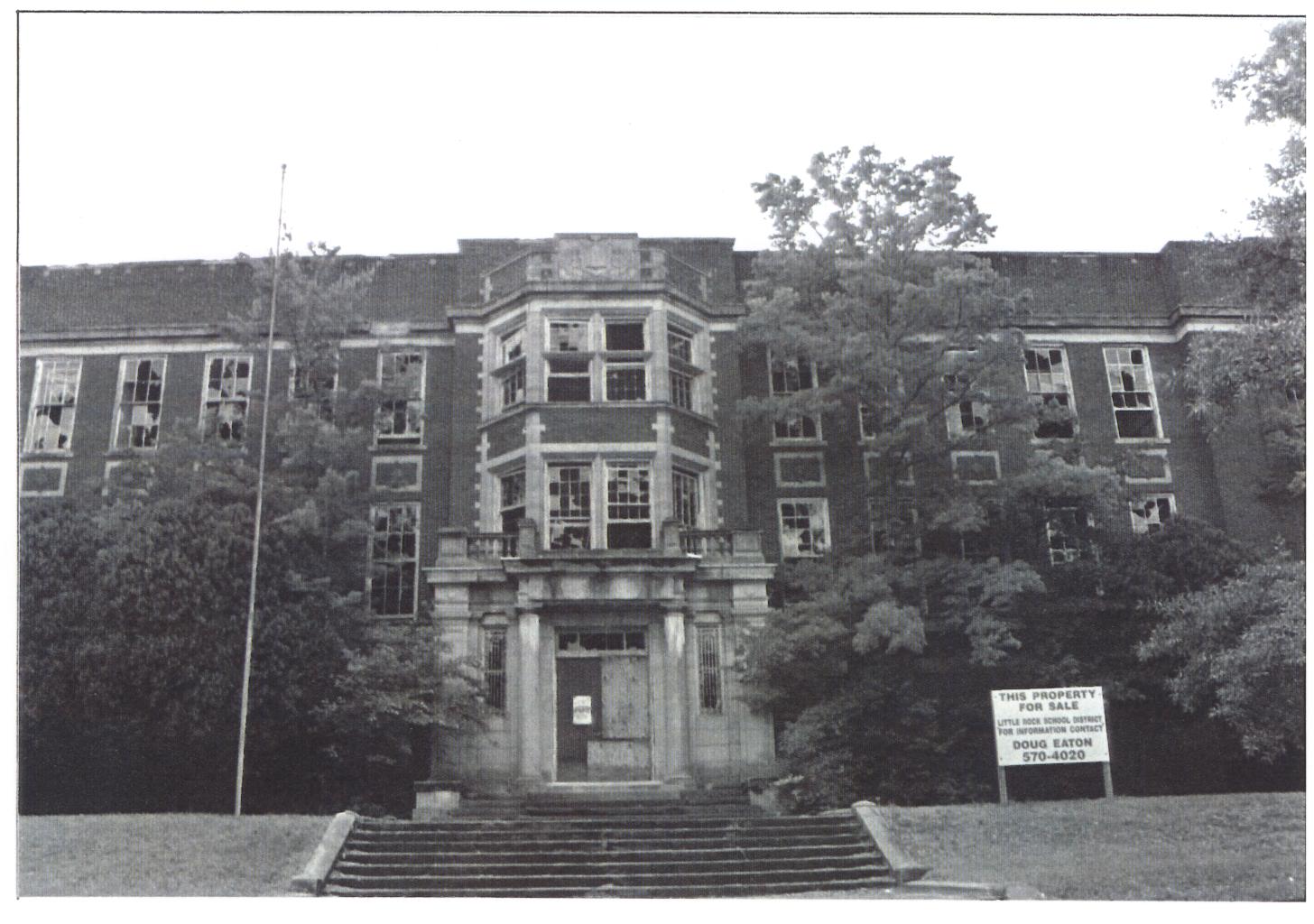 The historical West Side Junior High School in Little Rock was vacant for nearly twenty years where it was stripped and destroyed almost entirely by vagrants and vandals. For a moment, it seemed as though the building was going to be demolished, leaving its rich history in the rubble. Founded in 1917, the West Side Junior High School served as an educational establishment and a community center. Offering a common area where underprivileged people in the Little Rock community could learn to swim and attend events like birthday parties. After a long period providing middle level education, the school was consolidated in 1971 and only the community center remained; the facility was renamed the Little Rock Skills Center.

After several years of successful community building, the Skills Center moved to a larger space in 1984, leaving the old school vacant. For several years, the building fell into worse and worse shape and the city of Little Rock planned on demolishing it in the early 1990s. Due to its impact on the neighborhood and significance to the community, leaders in the neighborhood were able to stop the plans and allow the building to be renovated. The Arc Arkansas, an organization that provides services to the physically and developmentally disabled, took up this responsibility in 2002, sinking $5 million dollars into renovating the historic site. The many classrooms now function as apartments for the physically handicapped and the auditorium was repurposed as a children’s medical clinic and office space for UAMS. Because of this, the West Side building was inducted into the National Register of Historic Places, claiming its spot in Arkansas and United States History.

I was forced to go to this school as I was Black. I was treated horribly by the teachers and students. The teacher would open every morning with the newspaper and say, lets see how many niggers died. I grew up in Minneapolis and never heard this word, now I realize they are just as racist as Arkansas. I was spat on and got expelled because a white boy pushed me and called me a nigger. I begged my father to take me out of Arkansas. There were only 19 AA students and we had to undergo a test to… Read more »

Rest in peace Mark Jernigan. You will be missed.

Does anyone remember what the mascot was? I do remember the colors were black and gold.

After Oakhurst Elementary, I went to West Side Junior High for 7th and 8th grade,
1961 – 1963. Moved to TN at beginning
of 9th grade. The only picture that I remember is the gym . Been a long time.

Nice to be hearing about this site really very helpful and useful for all,keep sharing and giving us with dissertation ideas site. Mostly sharing about paper writing services and tips always,keep doing in the same way infuture also with this abandonedar blog.

You know what's sad ? This school looks better then the middle school I went to and my school was built in 1974 ! It just goes to show you that no one cares about the upkeep of our schools

My old Jr. High was able to rise from the rubble and today stands as a functioning & important residential facility with a public medical clinic located in the back. It was wonderfully restored.

I attended West Side for 7th & 8th – we moved to Cammack Village & had to transfer to Forest Heights. I've been inside the restored building – the apartments are great!

Love it. I went there, and I loved seeing how they renovated it to something else instead of tearing it down.

went to summer school at West Side in 1959, wish I remembered more about the building…

I too attended West SIde (in the early "sixties"). It was a proud building with lots of history even then. So very glad that it is serving tje city and it's people again and did not fall to the wrecking ball.

Were you there when you spat on AA students? or called them names?

Have pleasant memories there. I walked from my home to there many days with my friends

Went there all three years, seen lots of fighting

Thank you for spelling West Side correctly. (Note to our local newspaper, at which there is little to no institutional memory of old Little Rock: It was never Eastside and Westside Junior Highs.)

Saw a black girl get her throat cut right there on those front steps, and the principle pick her up and run across the street to Baptist hospital. Sorry folks…. Just bad memories for me. Glad the bldg has a new purpose for good

Terry, I was there and saw the same thing! Over 300 stitches. Roughest school in LR, hands down!!

Sorry you had see that , glad she didn't die ,wish my principals cared that much

Thank you that was the true Westside

Jo, I remember playing those West Side Bearcats at Quigley when we were in junior high Eagles band. But back then, I had NO clue where West Side was! Who could know that West Side, by then, was several miles east of our schools?? Think the whole LRCHS campus once had been city's West Side Park. Back when the Travelers played there at Kavanaugh Field, now Quigley.

How sad! I didn't go there but I still hate to see great buildings destroyed!

Ed Nesbitt
Reply to  Jo-Ellen B

read the text….My old Jr. High was able to rise from the rubble and today stands as a functioning & important residential facility with a public medical clinic located in the back. It was wonderfully restored.