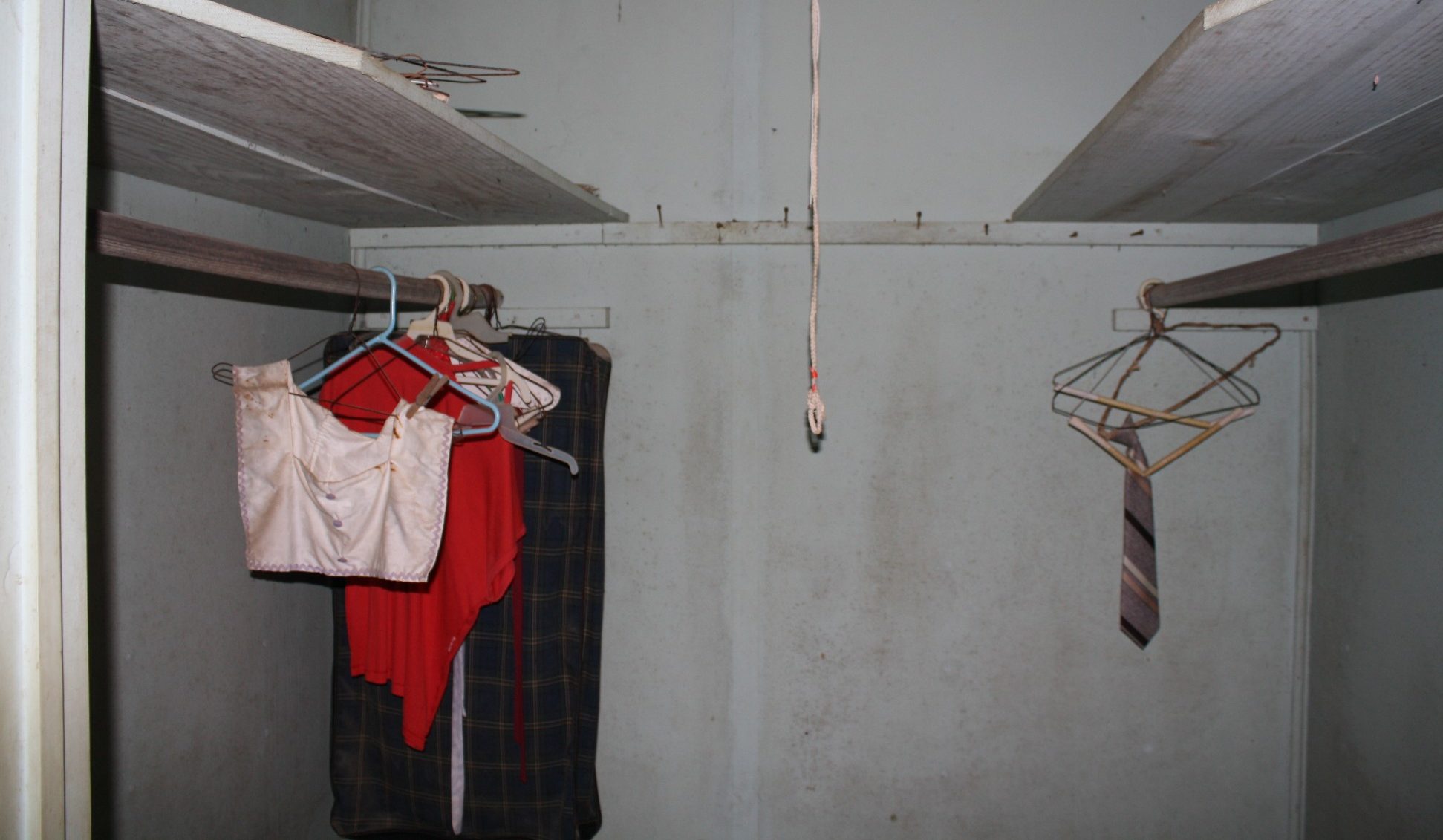 On the morning of September 24, 1964, Mrs. Maudene Degges, 25 years of age, and the mother of three children, was abducted from her home. The next day her body was found about three and one-half miles south of her house, near a dim, seldom used logging road in the woods, about one-quarter of a mile from the main highway. She had been raped and murdered.

The evidence shows that Mrs. Degges lived with her husband and three children, about five miles south of  Crossett, Arkansas. On the morning of September 24, 1964, she drove her two older children to the school bus stop. Later, about 11:30 that morning, Mrs. Emma Lee Miller, who lived about four and one-half miles from the Degges’ home, saw a little boy walking in the road in front of her home. Upon investigation she found that the child was Mrs. Degges’ four year old son. She took the child to the home of Mrs. W. S. Cooty, the child’s grandmother. Mrs. Miller, along with Mrs. Cooty and the child, then drove to the Degges’ home. Neither Mrs. Degges nor anyone else was there. A flat iron was on the ironing board, and it was still connected to the electricity. Garments which Mrs. Degges was apparently in the process of ironing were there. The bedroom was somewhat disarranged, and one of Mrs. Degges’ shoes was on the floor. There was no trace of Mrs. Degges.

The peace officers of the county and state were notified, and a general alarm of Mrs. Degges’ disappearance was broadcast. Many people gathered and began a wide-spread search for her. The next day her body was found about three and one-half miles southeast of her home. Pictures were made of the body before it was disturbed and removed from the place where it was found. Upon examination of the body by medical authorities, 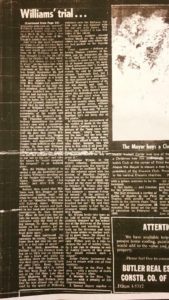 it was found that death was caused by a crushing of the skull by a heavy blow with a hard object, and evidence of rape was apparent and documented.

In the investigation for clues, it developed that at about 8:15 or 8:30 a. m. on the morning Mrs. Degges disappeared, Mrs. Ed Phillips was driving past the Degges’ home, and that she saw a black and white Buick automobile, 1956 model, coming out of the Degges’ driveway. Mrs. Phillips expected the car to stop before entering the road, but it did not do so, but entered the road at a rather high rate of speed, turned south, and passed by Mrs. Phillips. A colored man was driving. Mr. Willie Claude Kelly and Mr. Bobby Stell, who were working on the telephone lines, also saw the black and white Buick on the road which passes by the Degges’ home. 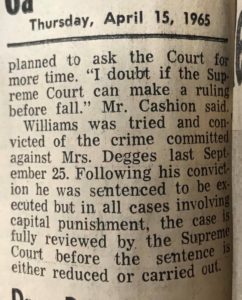 The burned black skin on his chest had peeled off, and there on his chest was a scar made by a burn from an object the size and shape of the flat iron Mrs. Degges was using when apparently she was first attacked in her home. Moreover, there was found at the scene of the rape and murder, a shoe which matched the one found in Mrs. Degges’ bedroom, and a wrench which the evidence indicates was the murder weapon. The wrench was identified as belonging to appellant. It was also later shown that it would not have been possible for the scar on appellant’s chest to have been caused by a burn from a chain saw muffler.

The evidence tended to show that at the time the victim was first attacked in her home, she was standing at an ironing board ironing with a hot iron (when the officers first arrived at the house to investigate the disappearance of Mrs. Degges, the electric iron was still connected and turned on). When the appellant was arrested some two weeks after the commission of the crime, he had a scar on his chest caused by a recent burn. The skin where burned had peeled off leaving a light colored scar, which was the same size and shape of the flat iron Mrs. Degges was using. The iron fitted the scar exactly. The officers had pictures made of *837 the scar from the burn on the appellant’s chest; the pictures were admissible.

Williams was tried and convicted, but later appealed the decision, claiming he did not get a fair trial. He was again tried in Lake Village, Chicot County, Arkansas and convicted. He was given life without parole. Williams died in prison, year unknown.

as a member of this family i would like to know who posted this.

I love the builtin wooden bookcases.

Thank you for remembering her.

I love the builtin wooden bookcases.

Thank you for remembering her. So many people won't let us ask questions about what happened.

I do think this is a great place to be listed here. Thank you AAR.