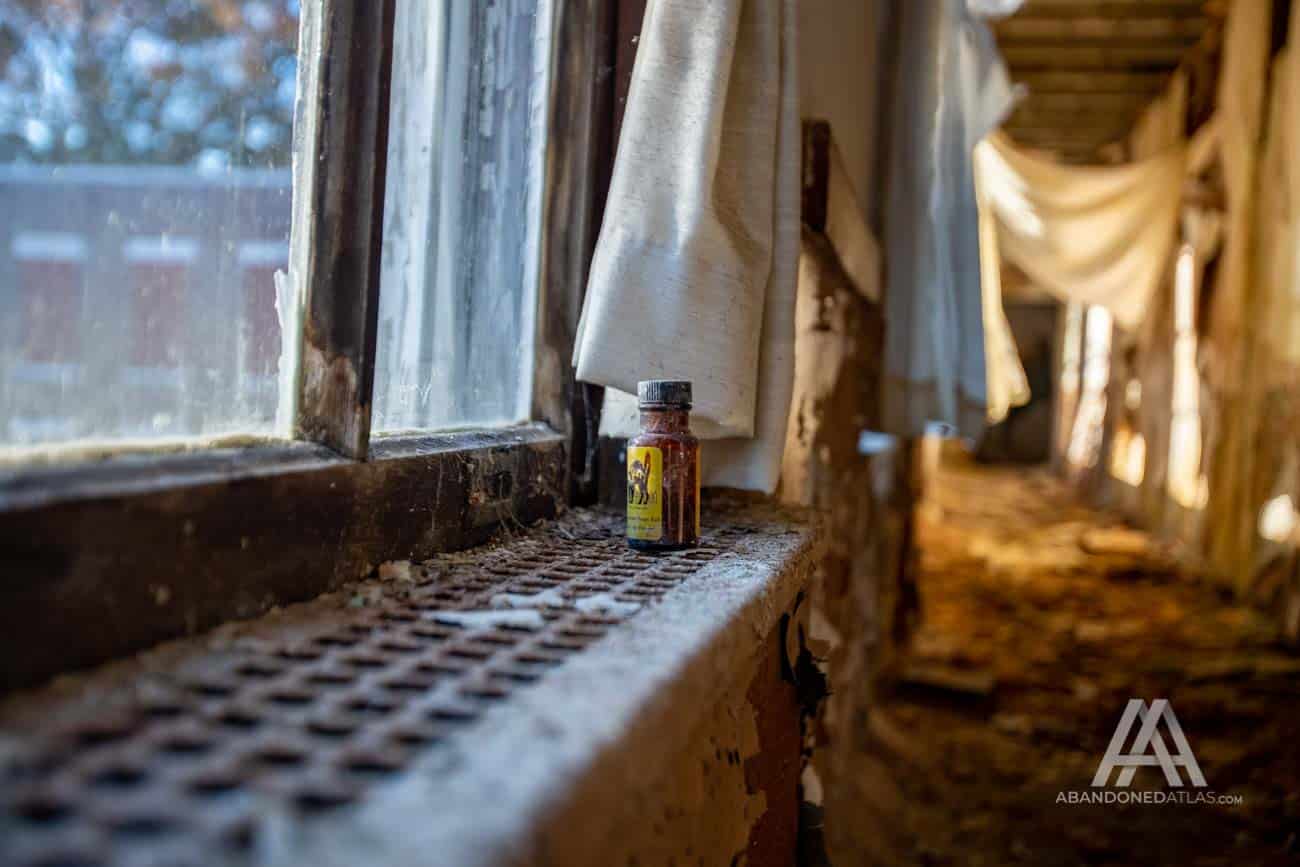 Located in the outskirts of Benton, Arkansas, the Arkansas Health Center is a now half-shuttered campus. The functioning buildings include a 310-bed registered and regulated nursing facility. With a population of more than 2,000, Arkansas Health Center is Arkansas’ largest and only state-operated nursing facility. More than 550 people work for Arkansas Health and Human Services (AHC), which offers nursing home care to Arkansans with unique medical and behavioral needs. Individuals with dementia, behavioral or psychiatric illnesses, or those who are ventilator dependent can all be treated in AHC’s specialized units. Arkansas Health Center treats its patients holistically, addressing their physical, psychological, and spiritual well-being at the same time. Medical and psychiatric care, physical and occupational therapy, speech therapy, recreation, laboratory and pharmacy service services, social and psychological services, dental service, food and nutrition service and environmental service are all accessible at Arkansas Health Center. Nursing students at College of Ozarks and Ozarks Technical Community College in Missouri use AHC as a clinical training facility for their programs. However, for the buildings that are no longer used, a lot of history can be seen within its walls.

This facility was not always known as the Arkansas Health Center, but was originally the Arkansas Lunatic Asylum, which was built in 1873 and later renamed Arkansas State Hospital. In 1917–1918, the daily population of the State Hospital averaged 1,970 patients, while the certified capacity was 1,964. The regular session of the Arkansas General Assembly approved a statute in 1929 forming a state commission and authorizing a bond issuance to generate cash for new structures in response to an overcrowding survey conducted in 1928. The Arkansas State Hospital, Benton Unit, was built in 1929 on land purchased five miles southwest of Benton on Highway 67.

Arkansas State Hospital had reached critical capacity by 1928, prompting the state legislature to approve construction of a new institution the following year. On Highway 67, about five miles southwest of Benton, the State Hospital purchased land for a new unit. In the year 1931, the first structures were finished. After securing a WPA financing in 1934, construction on 16 structures was completed and ready for occupancy in 1935. On June 7, 1936, the first patient was admitted to the Benton Unit. The 16 existing dorms were quickly found to be insufficient, and on October 29, 1947, a new 352-bed dormitory (Bldg 67) was completed. Bldg 70, which included 400 ward beds and 60 infirmary beds (Bldg 70) was completed in April 1951.

The State Hospital was given the green light by the legislature in 1957 to stop farming. Patients were relocated to Benton when the animals, wood, and other assets were destroyed. The Benton Unit began a combined rehabilitation project in 1962. The initiative to examine all State Hospital patients for rehabilitation potential was housed in a refurbished Building 7. There were 30 chronic patients and eight employees when the program began in May of that year. Building 18 was erected and occupied by the Rehabilitation Services’ administrative employees about 1965.

The Little Rock State Hospital was given $6,000,000 in 1961 to create new facilities to replace the existing ones. In 1963, construction began on the building. Patients had already been admitted to the Little Rock Hospital for evaluation. The Benton Unit was established for individuals with long-term health conditions. The Benton Unit was chosen as the location for the admissions office because the new buildings would not be able to accommodate the same number of beds as the old ones. A new admissions office was opened on July 1st of that year.

African-American psychiatric patients from the state’s southern region were transferred to AHC in 1961. All of Pulaski County’s African-American psychiatric patients, including those at the Arkansas State Hospital, were relocated to AHC in July 1963. AHC was one of the few clinics of its kind in Arkansas to admit a considerable number of black patients, despite the fact that they were housed in separate buildings. AHC became racially mixed in October 1965.

Sling Blade, a 1996 film written and directed by Billy Bob Thornton and starring him, had scenes shot at AHC as the fictional psychiatric facility.

Benton’s mental health unit was to be relocated to Little Rock State Hospital in 1976, after a recommendation from a state legislative committee. All the patients in Building 62 were transferred to Building 59 on August 30, 1976, in order to make this transition as smooth as possible. This transfer merged all the admissions from Southwest Arkansas to Building 59 and all the admissions from Southeast Arkansas to Building 58. Medical staff were also relocated to Little Rock State Hospital so that the Benton Psychiatric facilities could be ready when they arrived.

For the buildings that remain in use, the Birch Tree Program, Arkansas Department of Correction Benton Work Release Center and Pathfinders Transitional Employment Center are all located on the AHC site, which also houses specialty nursing home units.

According to their website, it is the mission of the Birch Tree Program, an Arkansas-based private, nonprofit organization, to provide treatment and recovery services for those with severe and chronic mental illnesses in the state. More than forty-two people work for the Birch Tree Program at the Arkansas Health Center branch. A variety of living arrangements are available for participants, including 24-hour or semi-unsupervised lodging, as well as living on their own in the neighborhood. Many therapists, case managers, program supervisors, and nurses work at the AHC branch.

As the years keep passing by and the unoccupied building remain untouched, the historic buildings of the Benton State Hospital are increasingly getting worse. Is there something that can be done to save them? Another use for them? Only time will tell for this abandoned Benton Hospital. Arkansas Health Center

I just retired from here after 28 years of service. Loved working here, will miss it and all the residents.

I lived a mile from the hospital growing up, it was a community within its self that treated the mentally ill, diseases that needed containment not to mention other state run facilities in the 50 -60s. Many of my family worked there at the hospital, dairy, laundry, and power plant. It was a great service to Arkansas.

My Nana lived on 229 right across the street from the AHC. They built the BirchTree apartments right next to her next to the DOC horse pastures. My Papaw painted the fire station there a long time ago I believe. We even had one of the residents make it across the street and came inside my Nana’s house thinking it was his sister’s home. He grabbed a Coke out of the fridge and sat down in the living room to chat with us. We made a call to the AHC and he got back safely and full of happiness.