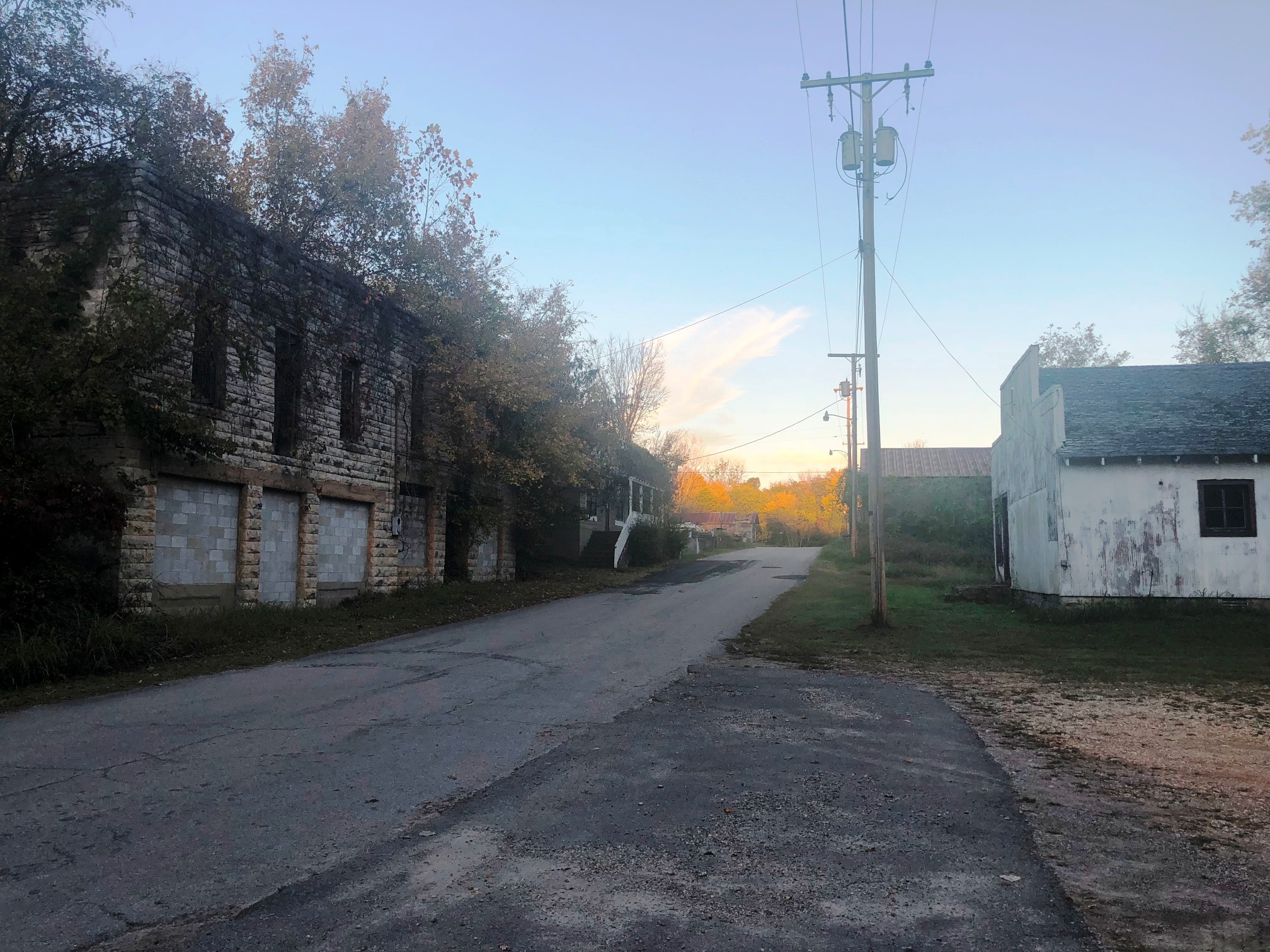 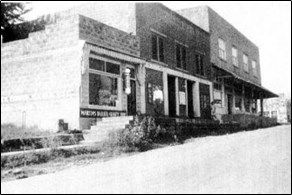 here is only one authentic ghost town in America that actually exists inside the city limits of a functioning town. That ghost town is Peppersauce, or East Calico, which is considered part of the Calico Rock Historic District. There are more than 20 different buildings and structures that still exist in various states of decay in the very oldest section of this once booming port town.

The river port began growing in the late 1800s, but when the railroad arrived in 1903, business especially flourished. East Calico became an important rail and river hub for zinc mining, timber and cotton farming in the surrounding areas. As a result, men would come down from the hills, up from the Delta, or in on a riverboat and have a wild time in Peppersauce Alley. The area developed quite a tawdry reputation due to the drunken brawls and depravity over the years. Knife fights and gun fights occured often, usually caused by the moonshine bootleggers, also called “peppersauce”, in the alley.

When crossing Calico Creek by way of the trestle bridge (which was constructed in 1941 by local area men) the first small structure on the left is a small concrete hut, which functioned as the city jail from the 1920s to the 1950s. On any given Saturday night, up to 20 people could be jailed inside the small walls. The warning “$5 fine for talking to prisoners” still remains on the wall, as prisoners would shout at passers-by on the road. Visitors can still enter the tiny jail and see the small window for looking out and the concrete seat which allowed waste to go outside the jail onto the ground. 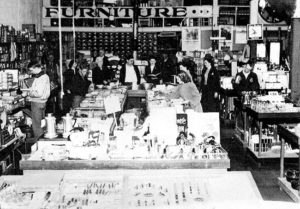 Across the street from the jail are the remains of the feed store, cottonseed sheds and cotton gin. These businesses flourished. A blacksmith shoed horses, a saw and grist mill and a cotton gin also brought business to the area.

Most of the early buildings on the lower side of Main Street in Calico Rock were of wood construction. On April 7, 1923, the wind sprayed cinders from a switch engine’s smokestack onto the roof of the warehouse behind Garner Brothers General Store.The fire burned down every building on that side of the street. That year and the next, merchants rebuilt, this time with brick and stone. After the fire, businesses on the low side included Marshall Floyd’s Grocery, Hayden’s Dry Goods , the Green Tavern Cafe, the Hillbilly Cafe, and City Barber Shop. These buildings have basements with doors that open in the rear onto Peppersauce Alley, which is about ten feet below Main Street. Further down Walnut Street signs mark the remains of the garage, cheese factory, funeral parlor, blacksmith shop, creamery, tavern, barbershop, movie theatre hardware store, grocery store, telephone exchange, school, electric power and ice plant, Ford garage, Mobil Oil, Chevrolet garage, grist mill and White River Propane.

Slowly, this section of town was forgotten. Main Street in Calico Rock stayed busy, but the town continued to grow to the west and north; eventually the six to eight block section of East Calico called “Peppersauce” died off. Numerous factors contributed to its decline: fire, flooding, economics. Farmers shifted their focus from cotton to livestock, causing the gin, which had once thrived, to close. People began seeking jobs in other areas that were more prosperous economically. Buildings began to deteriorate under the elements. Rain, snow, and beating sunshine all cause havoc on buildings left behind. Then, when new buildings were built, owners decided to shift to higher ground to the west of Calico Creek.

Today, all that remains are the shells of before, the road, vines, and tall grass. Standing in the ghostly shell of the once thriving hub, while still being able to look towards the still living Main Street, is something that cannot be experienced anywhere else in America.

This is a great place to visit and walk through the old town. It’s a beautiful place.

You can buy best Coyote v8 Engine Swap and jeep v8 engines to upgrade your Jeep/Mopar.