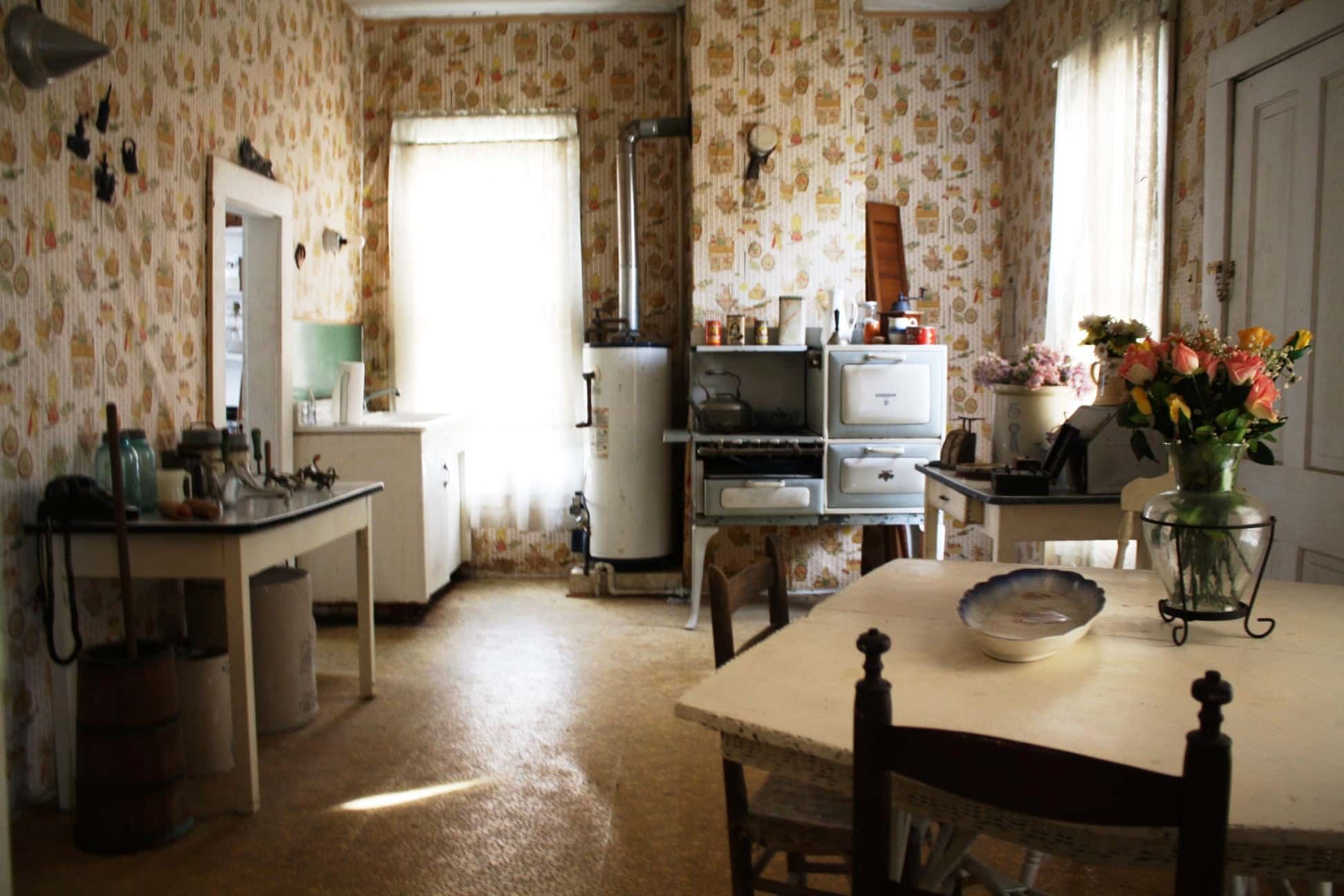 The house at 902 West Fourth Avenue has a nostalgic silence about it that borders on loneliness. The rooms are quiet as if waiting for the return of the Fergusson and Beall families that once filled the house with a happy and energetic atmosphere. There was once an outspoken young girl living within its walls who filled the place with the sounds and activities of children. Vivacious and friendly, her friends filled the house with childhood laughter. 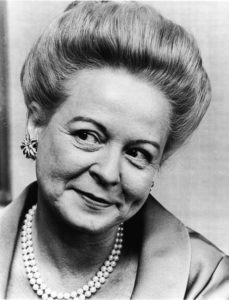 Out back of the house, there is still a playhouse that was so popular with these young girls. Strangers trod its hardwood floors, drawn to the house by the memory of a controversial figure who burst upon the political horizon like a colorful rocket a decade or two ago.

The house was built around 1887 by Martha’s maternal grandparents, Mr. & Mrs. C.M. Fergusson, who moved to Pine Bluff from Chester, South Carolina. Mr. Fergusson established one of the first wholesale grocery firms in this area.

Martha was born in the old house on September 2, 1918. She grew up and graduated from Pine Bluff High School in 1936. She then attended Stephens College in Columbia, Missouri. When she returned home on the eve of World War II, Martha went to work at the Pine Bluff Arsenal, then under construction.

Later, she moved to Washington, D.C., where she met and married, John Mitchell. After John became the Attorney General during the Nixon Administration, Martha was thrust by fate into the spotlight of the Watergate Affair. Martha became a catalyst for national news during the administration of President Richard M. Nixon. She did so by phoning reporters in the news media about matters which the Nixon administration preferred to be kept out of the national press. At one time, Martha insisted she was held against her will in a California hotel room and sedated to keep her from making her controversial phone calls to the news media. 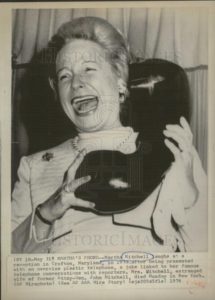 But being prone to speak her mind did not originate on the Washington political scene. When she graduated from high school, these words appeared alongside her picture:

The Mitchells separated in 1973. Three years later, Martha died in Washington at age 57. She is buried in Bellwood Cemetery here in Pine Bluff.

Bob Abbott is a local businessman who purchased Mitchell’s childhood home in 1976 and turned it into a museum.

“I’ve had (the house) all these years, we’ve had thousands of people to go through that thing,” Abbott told the Pine Bluff Commercial.

Born in 1918 in Pine Bluff, Mitchell was married to President Richard Nixon’s attorney general, John Mitchell. A well-known socialite in Washington, D.C., she rose to prominence during the Watergate scandal for her willingness to speak to the press about the administration’s corruption. Mitchell was dogged during the scandal by rumors in the media that she was in and out mental hospitals.

In a televised interview with British journalist David Frost, Nixon later identified Mitchell as one of the reasons for his downfall.

“If it hadn’t been for Martha, there’d have been no Watergate, because John (Mitchell) wasn’t mindin’ that store,” Nixon said. “He was practically out of his mind about Martha in the spring of 1972. He was letting (Jeb Stuart) Magruder and all these boys, these kids, these nuts run this thing. The point is that if John had been watchin’ that store, Watergate would never have happened.”