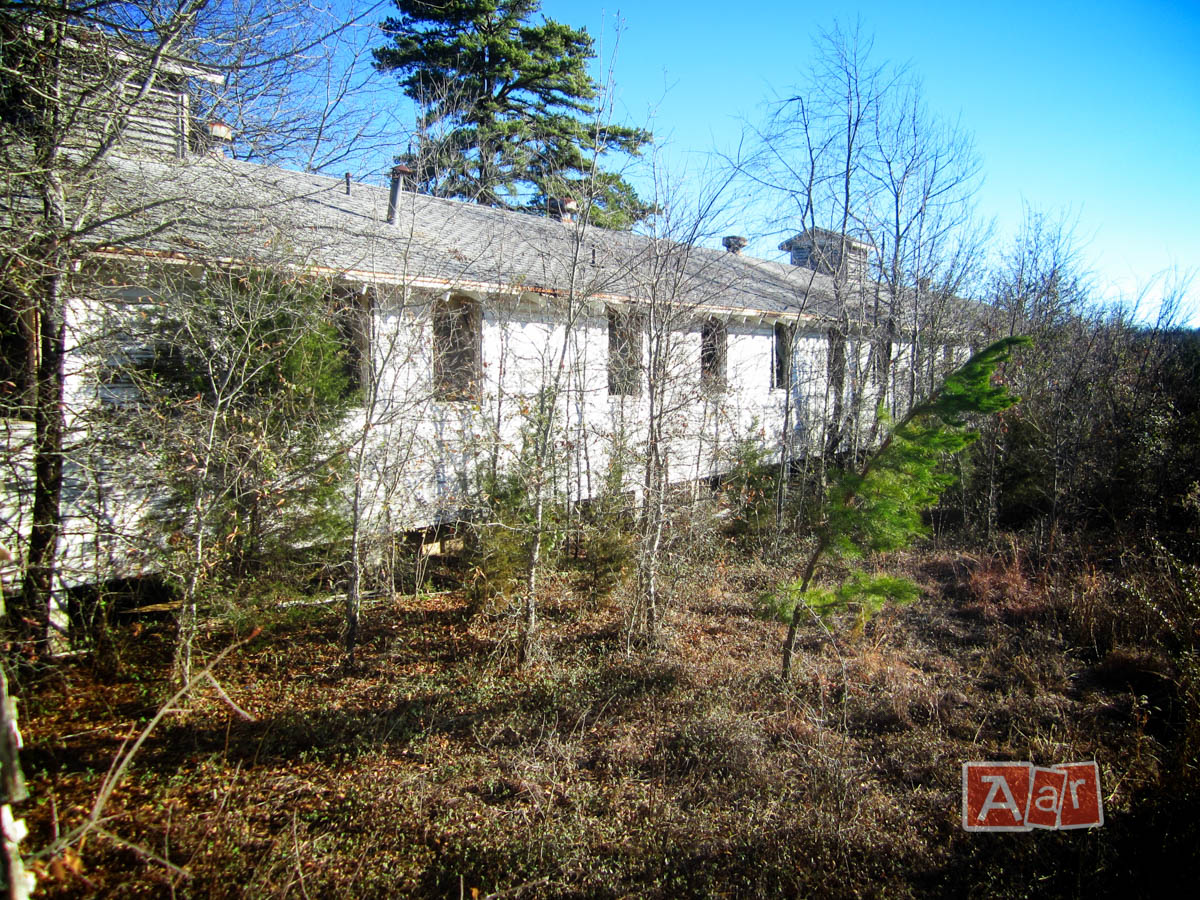 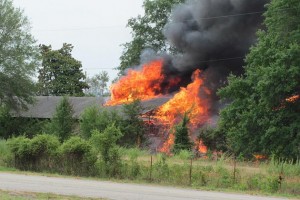 Fire Marshal Chris Driggers told KFSM-TV that a probe of the fire doesn’t indicate it was intentionally set, and that discarded smoking materials were the likely cause.

The Aug. 3 fire charred 90 acres and consumed 110 unoccupied buildings at the former hospital, which was used by the U.S. Army when the post was an active military installation. No injuries were reported and no homes were in danger.

The Fort Chaffee Redevelopment Authority owns the land where the fire occurred.

Executive Director Ivy Owen estimates a clean-up could cost about $600,000 to rid the environment of the asbestos and lead-laden debris.

The Hospital located at Fort Chaffee Arkansas, has been abandoned for many years. The medical complex at Fort Chaffee opened on December 7, 1941 (Pearl Harbor Day). The medical complex itself is an enormous site with 128 buildings all held together by long hallways. The complex has its own exchange and theater. It even had its own four lane bowling alley, not to mention being a 1,595 bed hospital.

Groundbreaking for what was then Camp Chaffee was held on September 20, 1941, as part of the Department of War’s preparations to double the size of the U.S. Army in the face of imminent war. That month, the United States government paid $1.35 million to acquire 15,163 acres from 712 property owners, including families, farms, businesses, churches, schools, and other government agencies. The camp was named after Major General Adna R. Chaffee Jr., an artillery officer who, in Europe during World War I, determined that the cavalry was outmoded and, unlike other cavalry officers, advocated for the use of tanks. It took only sixteen months to build the entire base. The first soldiers arrived on December 7, 1941, the day the Japanese bombed Pearl Harbor, Hawaii. The installation was activated on March 27, 1942. From 1942 to 1946, the Sixth, Fourteenth, and Sixteenth Armored Divisions trained there. During World War II, it served as both a training camp and a prisoner-of-war (POW) camp. The major purpose of the camp was to train soldiers for combat and prepare units for deployment, but from 1942 to 1946, there were also 3,000 German POWs there. The creation of the camp caused the nearby town of Barling to experience a tremendous boom in housing and businesses.

Read More at Encyclopedia of Arkansas

We were there for an FTX. Posted up were there was an old abandoned tank sitting

I walked through that hospital in 2012 couple of chilling experiences. Also a few out by some old abandoned barracks while on gate guard we’d look across the street at the barracks and you could watch lights turn on a shadow walk through and back lights flip off door would open and saw not a soul walk out. It was chilling and sobering just to imagine if those walls could talk.

My brother was born on Fort Chaffee at the hospital in the 60’s.

What was the address to this hospital?

Thank you for these pictures. My Dad was at Camp Chaffee and was injured in January 1944. He was in Ward C 15. These pictures helped me imagine how things were back then.

sorry about the repeat

My sister was born there in 1956 and as a military dependent I "visited" the facility as well. The main thing I remember is the long narrow hallways that creaked when you walked down them.

I was born there May 1955. I'm in the SF Bay area right now but will be visiting next month.

I was born in that hospital in 1949. Sad to hear it burned down. Father stationed there.

– ohh la la Mexican Fiesta indeed….loved that handbook, what is that, so funny, and really cool how you posted the vendor info on top, and oh so loved that make up lady red thingie… great shots! one lucky couple to have you guys

Well, full disclosure… I know Batiste personally. He’s an arrogant asshole, and the Army is a better place without him. Let’s just say it didn’t surprise me that he lashed back at the NCA when he wasn’t on the fast-track for a third star.A bitter little man he is.

Aw, how cute!Even though I'm a hero, I can still say that…I like your new button! I just noticed it. I'm redoing my buttons at some point this week and will grab your new one then.

Is there anyway to be able to get permission to film at this location?

I can not get irb in my SciTE windows version either. After adding the properties in post#7 step(1) — in the output window I continue to get the below:>ruby parse_fanuc_file.rbI pushed F5 and ran my ruby program!>Exit code: 0irb>irbSwitch to inspect moSweirb.batirb.batd.itch to inspect mode.Any suggestions? (Thank-you for the post, after a loooooong search for a lightweight editor I finally read your post. SciTE seems perfect. )

1500 bed hospital? Probably slipped a digit. I'd be surprised if it was more than 150 beds. This was "Camp" Chaffee till late in its service life with no permanent housing on base. It was elevated to Fort status and then considered expendable a short time later depending on politics. In the 50's hospital entertainment amounted to a couple of easy to beat pinball machines. In the sixties when Chaffee was used for summer reservists training Theater #2 was kept in good shape with snack bar open and screenings every night. The snack bar in at Theater #1 was sometimes… Read more »

I was stationed there from 1961 thru 1963. Never heard or story about ghost

My dad was there from 62 to 64. He never told me about a ghost but he did tell me about one on his base in Germany.