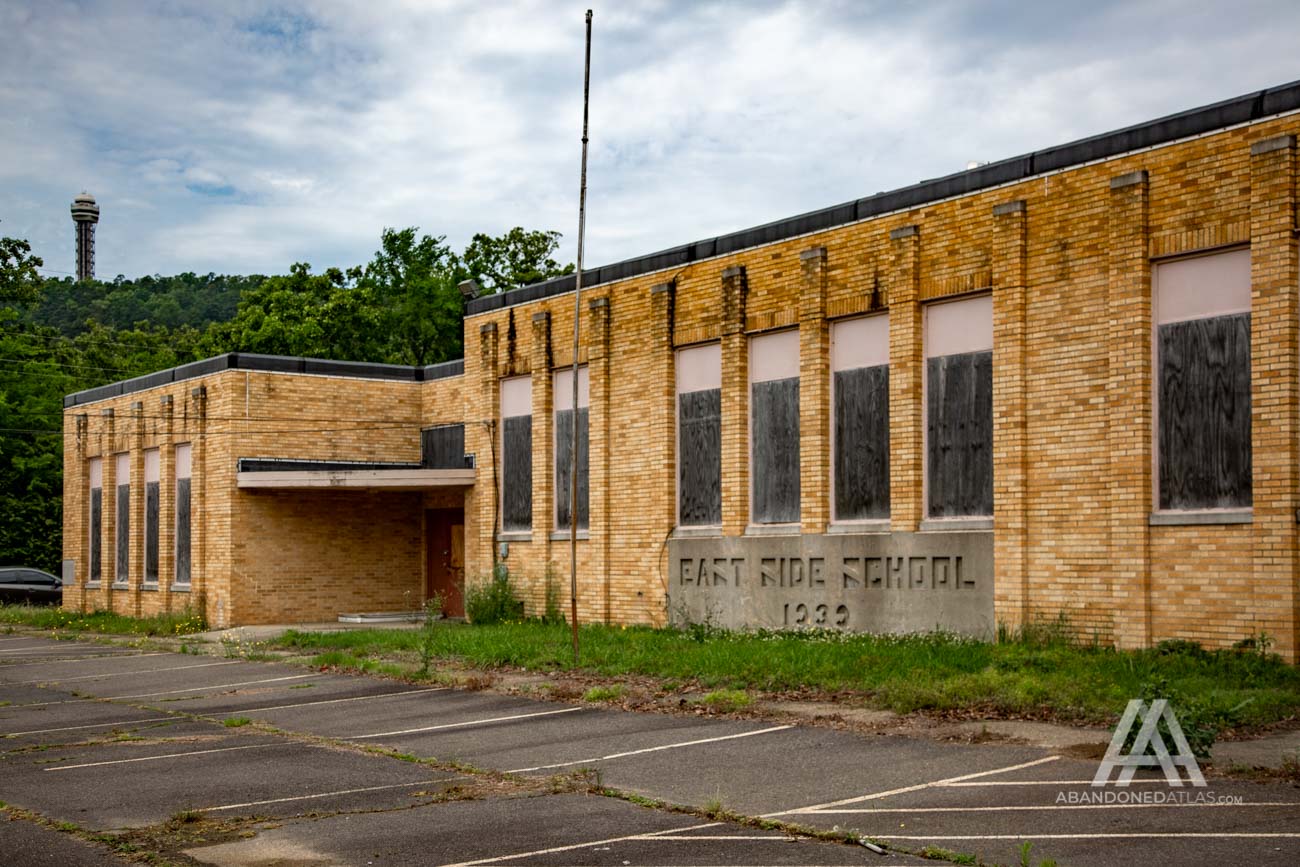 Why is architecture so fun to look at? From the very small details in the façade, to the materials used to built it. They come is all sorts of shapes, sizes and uses. It’s no secret that my favorite town to cover is Hot Springs, and this school is a great example as to why. Just from the outside, you can see that it was built with such purpose and love of the craft.  How did such a beautiful place become abandoned? East Side school might be hidden away, but holds a lot of stories.

In 1935 there were many citizens expressing the need for a school to be built on the east side of the city. The Hot Springs School Board worked rather quickly and in August of that year began the paperwork and filed an application through the Federal Emergency Administration of Public works for a lien and a grant to help construct a new school building. Although the board was quick to get started, it wasn’t until 1938 when the lot was purchased and construction began.

Plans for the structure were proposed by architect Irven Donald McDaniel, who was well known for designing the Jack Tar Hotel and Bathhouse, beautiful apartments and homes in the area. Discovering that McDaniel was behind the design of this building did not surprise me at all. Read a detailed article about Irven Donald McDaniel and his son and his fascinating life/contribution to Hot Springs here: Encyclopedia of Arkansas. 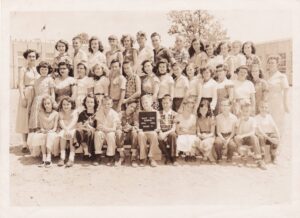 Another Elementary school (Greenwood Elementary) was built just before East Side around this time because of the town’s rapid growth. Curtis Hovell was the first principal when East Side opened its doors for the fall semester of 1939 and was followed by 9 more principals in its lifetime. In the late 1940s, a new cafeteria was added in the back of the school (1947) along with a new wing on the east end (Or should I say East Side) of the school (1949).

“I loved Mrs Houpt. One of my friends and I, possibly Sandra or Lucille, were cutting up in class and she rapped our hands with a ruler 😁”

Even though the school was pleasant for some, in the 70s the school district experimented with mixing grades.

“I attended 5th grade there in 1977-78. It was mostly a horrible experience for me. I loved Greenwood, and did not want to leave it and go to Eastside, but I was bused there. I didn’t want to go, I was one of three 5th graders in a class full of 6th graders. It was one of those horrible experimental things the school system tried in the seventies. I was bullied there, severely at times. A couple of the 6th-grade girls stood up for me a couple of times, but, the school year was not pleasant, at all. It was almost as stupid as my second-grade experience at Goldstein Elementary School n which 3 classrooms of 2nd graders were all put together in a giant room of 75 students. It was the most chaotic thing you ever did see.” – Facebook Group comment (Lisa G Putman)

According to an article from the Sentinal Record, In the last semester the school closed in the spring of 1978. The desegregation of schools in Hot Springs resulted in the consolidation of schools within the district, while others were closed for economic reasons. A total of 284 students were enrolled at East Side during the 1977- 78 school year.

The district utilized the building to start a teacher center under a federal program from 1978- 81. Bill Nipper, director of the center, said it was funded for $170,000 in its first year. “It was really a blue- ribbon project,” Nipper said.

The district and grant funds helped to refurnish the building and add new technology. The center began with the purpose of making graduate courses available to local teachers, professional development and hosting workshops with national consultants.

“We had plenty of classrooms and a media center – things that teachers had never had before,” Nipper said. “Our time in the building was just fantastic,” Nipper said the program was one of only 60 in the nation and two in the state. Teachers at the center worked to redesign the entire district’s curriculum. The teacher center continued to operate through district funding until 1991.

Hot Springs teachers learned and earned degrees from classes with professors from surrounding colleges such as the University of Central Arkansas in Conway, the University of Arkansas Little Rock, and Henderson State University and Ouachita Baptist University in Arkadelphia. The building fell out of use from 1991 until the Vista program began in 1996. Craft said the decision was made to discontinue the use of the school based on educational purposes. Craft said the district tested an ALE classroom at Langston Aerospace & Environmental Studies Magnet School this past school year. “We piloted the one school at Langston and it worked very well,” Craft said.

Craft said the district looked at the configuration of the schools and decided it was better for students to have access to programs at the other schools, as well as coordinating with the new Common Core curriculum. “They will have access to the music, the art, the P. E. and all of that,” Craft said. The plan is for each elementary school to house its own ALE classroom. “We are trying to educate the whole student and not make it a punitive issue,” Craft said.

Future of East Side School

Since its final closure in 2013, this school has sat vacant and has left many neighbors concerned. One anonymous neighbor indicated to me on-site that lots of shady interactions happen here on a daily basis. “Lots of drug deals, homeless are living in there. I mean it is constant.”

With such a beautiful building like this, I am hopeful that one day it can be saved. While interviewing Fire Chief Ed Davis for my Feature Length Documentary “Forever Majestic” the discussion of East Side and Greenwood came up.

“It is certainly not in as good a shape as it once was, recently we lost Greenwood school, it was torn down due to neglect. I hope that doesn’t happen at East Side. It’s classic art deco in the way that it’s constructed. The problem on it is a lot of times, especially something located in a neighborhood like that, it’s hard to get a developer to come in and do something with it. And that, that was part of the problem with Greenwood is trying to find someone who would commit to the project and do something with it. It is certainly a concern to me.” – Fire Chief Ed Davis, Hot Springs Fire Department