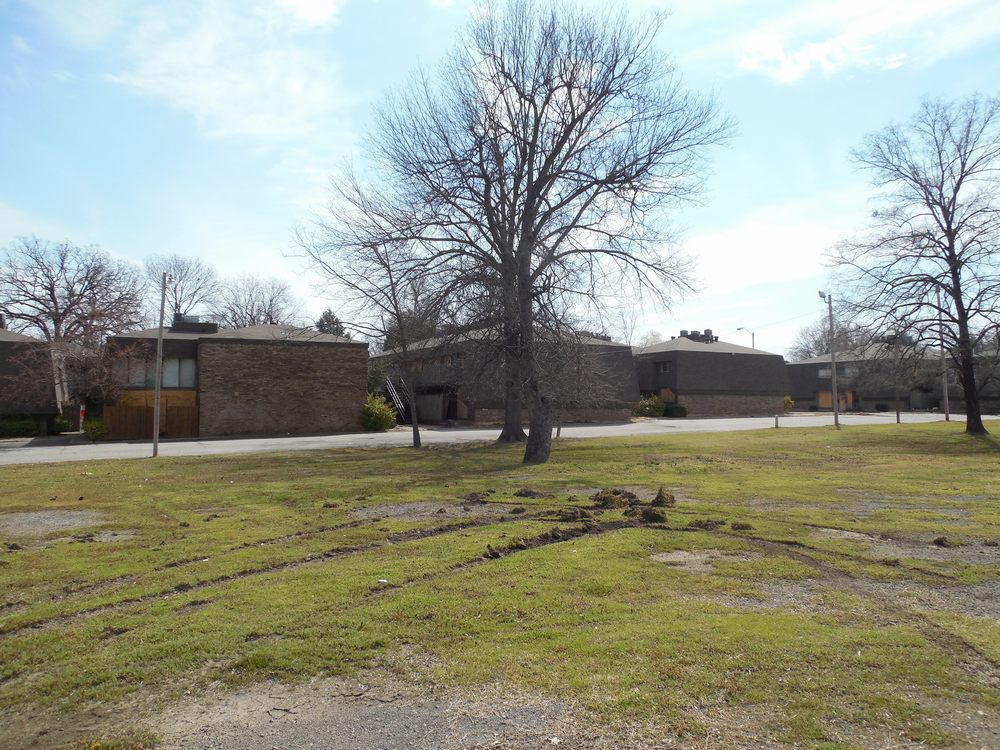 Built in 1975, The Village is a 146-unit apartment community consisting of 25 two-story, garden-style buildings on 4.79 acres. The property features a mix of one-, two- and three-bedroom units totaling 105,500 rentable square feet. There are 81 one-bedroom / one-bath units measuring 630 square feet, 52 two-bedroom / two-bath units of 860 square feet and 13 three-bedroom / two-bath units at 750 square feet. The buildings are constructed of wood and masonite, and the roofs are mansard with composition shingles. Common area amenities at The Village include two laundry rooms and two pools, while apartment homes offer air conditioning, disposals, dishwashers, refrigerators, washer / dryer hookups (select units) and fireplaces (select units).

Lying on the Arkansas-Oklahoma state border and nestled in the heart of the Arkansas Ozark Mountains, the city of Fort Smith is the second-largest city in Arkansas and one of the two county seats of Sebastian County. Fort Smith began as a western frontier military post, and today attracts residents and visitors with its southern hospitality, western openness, numerous historic sites, and scenic riverfront downtown.

Fort Smith also continues to draw new residents and businesses to the area with its low cost of living and doing business. Forbes recently named Fort Smith as the number one city in America for cost of living based on the cost of housing, utilities, transportation, and other expenditures. The magazine also ranked the city sixth in America for lowest cost of doing business, based on cost of labor, energy, taxes, and office space.

In 2005 the Village Apartment complex closed and soon reopened as Parkside Crossing Apartments. However business declined as soon as Parkside opened which led to the closing of the complex for good. It sat empty for a couple years and even caught on fire once around the early 2010’s. No future is currently known for the complex.

Thanks for sharing.. Sometimes things not happen in your way. then what you need to do at that time. stay calm and work hard….

yeah Making home better and and better in quicken time is not easy. This will be a tough but with the passage of time things happen rightly. So don't lose heart things will happen rightly…

very informative blog. I like it very much. I am planning to buy new apartment and searching for the same. I guess this post gwill help me to find good apartment. Thanks for sharing this.

very informative blog. I like it very much. I am planning to buy new apartment and searching for the same. I guess this post gwill help me to find good apartment. Thanks for sharing this.

That is sooo sad! Was the place to live in Ft. Smith in the 80's! Horrible shame.

Sad that this place was closed. And damn all those spam-commentors with their very general thankful comments O_o

That is sooo sad! Was the place to live in Ft. Smith in the 80's! Horrible shame!

Where in Fort Smith were these located?

You continue to post great presentations. Keep up the good work. Looks like the copper strippers have been at work here.