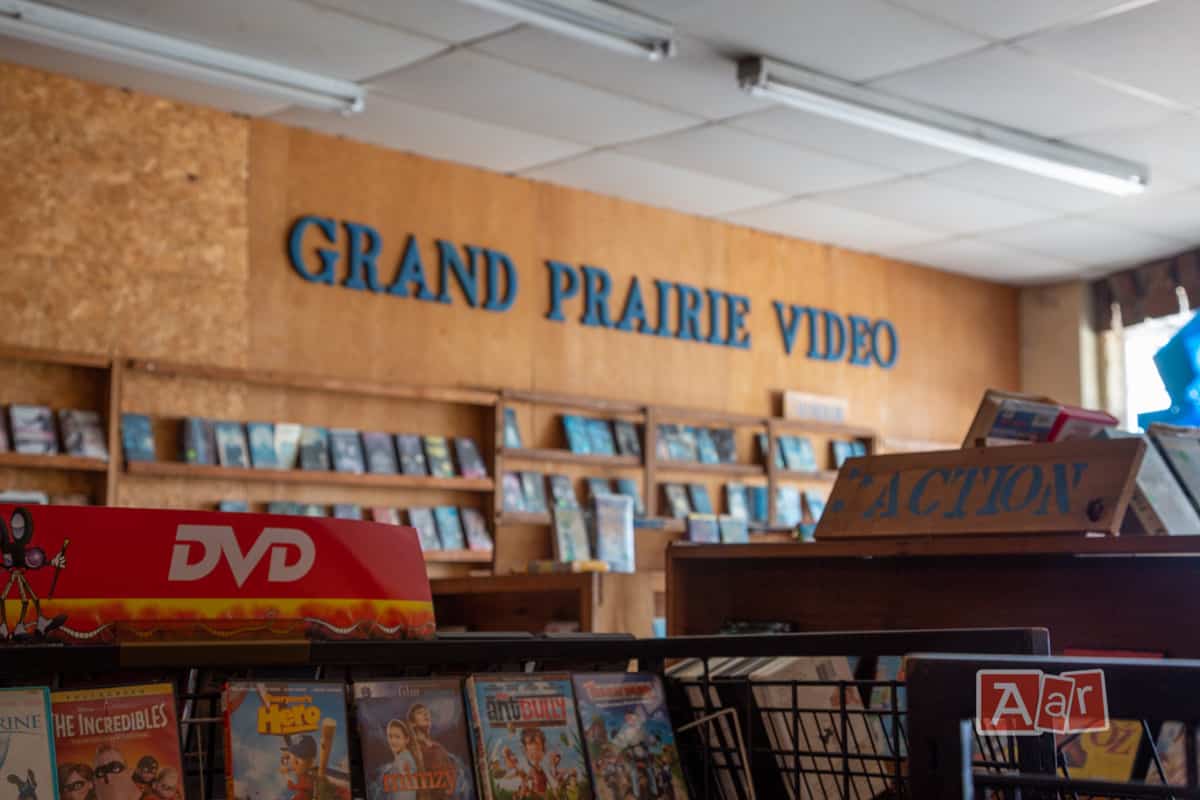 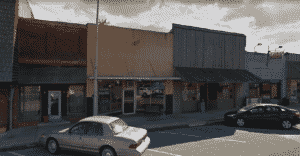 It still seems like yesterday when I would ride my bike to the video store after school, choose two movies, pick up a pizza and enjoy the night by myself or with friends. There was something charming about the video rental store. Everything from the cardboard cut-outs, posters for upcoming movies and the NEW RELEASES section. My favorite part was once I chose my “picks” for the night, there was no turning back; even if it was horrible, I had to watch it. “You had to be very specific about what you want and you had to be exclusive. That’s what made it more exciting” film buff L. Tanner Smith mentioned as he recalled his treasured memories. “You just walk in and you have so many choices all around you, it was an adventure!” While Tanner (nor myself) did not specifically go to Grand Prairie Video, this building captured the same feeling that he had felt all those years ago.

Down to the computers still turning on and the back room full of hidden treasures, I was absolutely amazed at how the inside of this rental store was left in almost perfect condition. Grand Prairie doesn’t doesn’t fit my normal definition of abandoned because of how well it is preserved. Normally we see lots of decay and vandalism, but here everything was still in its place from the day it closed. The only difference was a blanket of dust along with all of the movie covers near the window were now tinted blue from the sun over the years.

Before 1987, this building in Hazen was used for various retail businesses until it was turned into Grand Prairie Video. At that time, renting movies was becoming more and more popular, especially in smaller towns. The current owner, Robin bought Grand Prairie in November 1997 and has owned the building since.

“Running a rental store cost a lot more than most people think. Each movie we bought was $100 dollars a tape, unless you bought in bulk, then they were only $80 a tape. But it came as a package with all of the marketing materials; posters, cut-outs and any other sort of promotional materials they had for a movie.” – Robin

Robin and her husband eventually closed the store in 2006 so they could focus on family. By then, rental facilities were already starting to dwindle. She plans to one day donate some of the movies to a charity and clean up the building for a new business, but until then the video store will sit as a time capsule, holding a moment in time before online streaming.

Interesting. Who doesn’t still have a collection of old VHS tapes? I think I still have a player, but though it still works, I never watch VHS unless it is the only way to see the tape. I have some old videos I made….I may want to watch those and figure out how to transfer them to the next technology to die, CDs. Funny thing is Beta was a superior tape, but never caught on with the public. I know I’m droning on, but the very first video I ever saw was on beta – Breaking Away (great movie on… Read more »

Whoa! Some of those Disney movies could be worth a fortune now!

Oh wow. We still have a VHS player and tapes and still use it.😊

Wow, she could make a small community theatre out of it! Like a place for neighbors to get together for a good movie and popcorn for a few dollars of course or maybe a donation to keep it alive!

Rented movies there years ago!

Step back in time!! Priceless!!!

It’s like they just left one day and never came back!