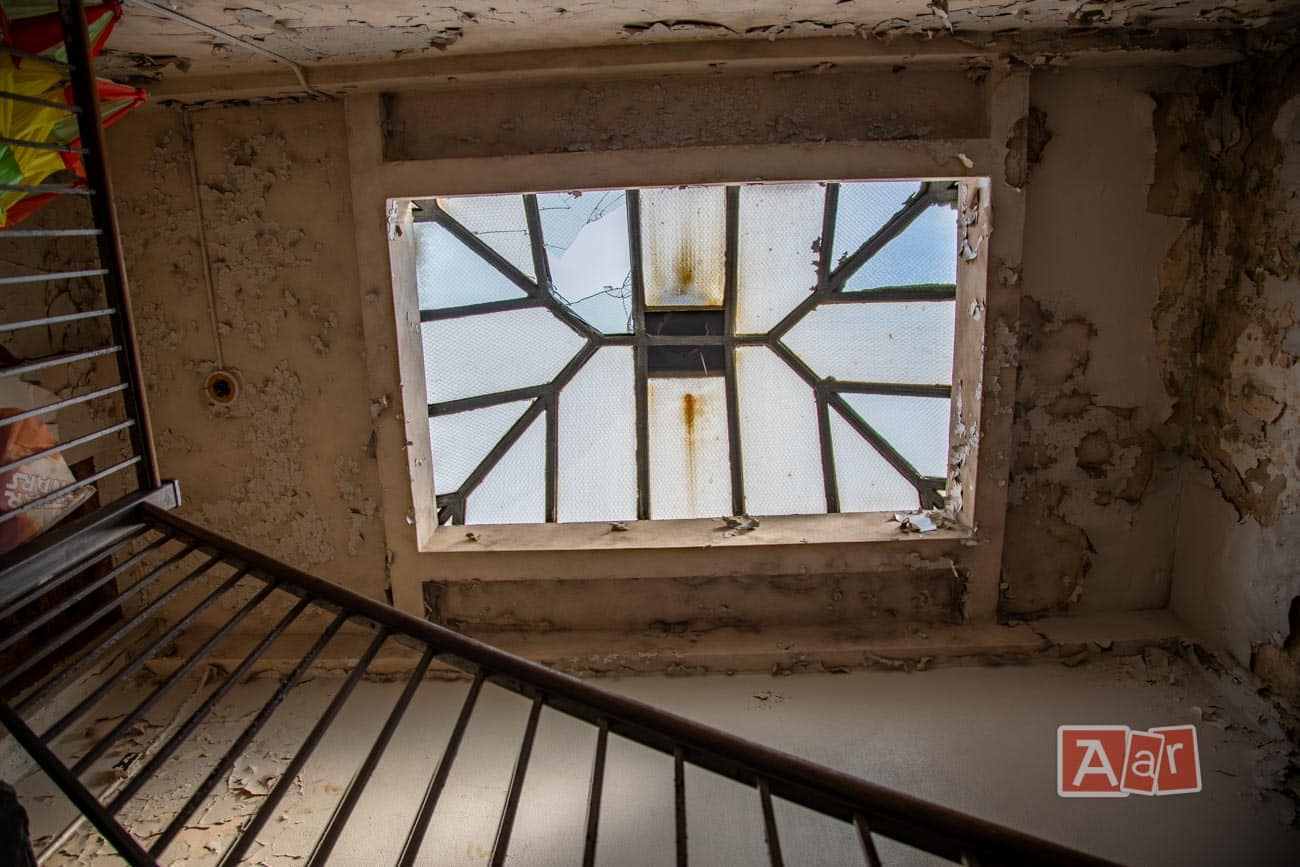 It seems like the idea of skyscrapers downtown is always a good idea. There is lots of room for commercial spaces, it adds to the city skyline and can make for a great view when you go to the top floors. With the Donaghey Building, it was no different, but sadly, it now sits completely empty and is currently for sale.

Plans to build this 14 story structure turned into a reality in 1925 as construction started on the newest addition to the Downtown area. It was designed by the New York City architect, Hunter McDonnell. By the time of its completion in 1926, this U-shaped was the tallest building in all of Little Rock and held that title for 3 decades. Looking to the facade of this structure, the reinforced concrete artwork on the corners along with the detailed craftsmanship along the sides of the building makes for a beautiful centerpiece in the district. This building housed a variety of commercial offices and retail spaces on the ground floor. It featured the latest advances in lighting, ventilation, and fire-resistant construction.

George Washington Donaghey became a legend in Arkansas and is a widely used name in building names, street names and districts in the Central part of the state. Donaghey was the twenty-second governor of Arkansas and built a legacy through his countless efforts and support of learning by creating a state board of education. Additionally, his work as governor sparked referendum amendments to the Arkansas Constitution, a state board of health with the power to regulate sanitation and inspect food and drugs, prison and tax reform, and the completion of a new state capitol building.

By the mid to late 1990s, the Donaghuey was still in full swing with workout facilities, snack bars, law offices, apartment spaces and many other businesses. Even though the tenants weren’t having issues, the building owners were having some major maintenance issues behind the scenes. With it being such a historic building, costs to keep things in order; such as the elevator, plumbing and electric wiring, were becoming an issue. A major renovation was needed to modernize the building and get it up to code. Originally, the plan seemed simple, the new owners started by releasing the top 3 floor tenants from their spaces and proceeded to gut them to their bones. The goal was to keep the building in operation while renovation would trickle down through the entire structure. However, that became difficult with the noise level and mess it was creating. It quickly became too much and then it was decided to close the entire building in 2008 and renovate everything at once. Shortly after the closing, the money ran out and the building was put on the market.

Remnants from the last tenants can still be seen. The snack bar/smoothie shops equipment and signage, the doors with Law Office logos and papers and records from the church office can tell the story of what the final days must have looked like. We even found a series of “Donaghey Building” business cards on the 5th floor. The layouts on each floor seemed to change periodically as we moved our way up to each floor. The top 3 floors are still mostly gutted and full of pigeon droppings due to a few open windows. It is sad to see Little Rock’s first Skyscraper sitting in this state, but I am confident and hopeful that a developer will see the potential in this property and a new breath of life will be seen in the near future.

Want to buy a skyscraper?

From Loopnet.com
The Donaghey Building is ideally situated in the thriving Downtown Little Rock market, the perfect midpoint between the River Market district, the Central Business District and the burgeoning South Main neighborhood. Main Street provides an eclectic mix of restaurants, museums, theaters, music venues, retail shops and cultural attractions. The renovation of the streetscape and development of substantial parking have made this area both easily accessible and inviting to residents and tourists. The Donaghey Plaza parking deck, multiple city parking decks and many other convenient parking options contribute to the attractiveness of building. These factors combine to provide strong demand for The Donaghey Building to be added to the growing downtown Little Rock commercial and residential market.
Total
14
Shares
Share 14
Tweet 0
Pin it 0
Share 0
Share 0
Share 0
5 2 votes
Article Rating
Liked it? Take a second to support Michael Schwarz on Patreon!

They used to rent out the rooms on the 13th floor for local bands to practice. It was awesome until we all got kicked out because of dummies throwing things out the windows! C. 2002

Some insurance company offices were in the building. I went there several times with my Dad, who was an insurance agent. That probably was in the mid to late 60s.

As a Little girl, my mother and I would always take my grandmother to her doctor in this building. There was an elevator man in the elevator to take us to the correct floor. Then we would eat at Frankie’s Cafeteria.

This article & these pictures are simply outstanding! Obviously wishing for someone to lovingly reno the building but so appreciate the talent & historical story-telling done here via pictures. Thank you!

A beautiful building.
Does anyone have photos of the lobby & elevator doors? I recall they were Art Deco

My Dad’s office was in the Donaghey building until Baptist (located where Children’s Hospital is, now) made him an offer he couldn’t resist, free office space for several years plus free parking for his patients. The other doctors said people will never drive that far west to go to the doctor. They did, though.

Please, please somebody. Who can afford it rescue this beautiful building. I remember in 40’s and 50’s being in awe! Going up to 14th floor to look out over the city!
It hurts my heart to think this building would be destroyed! 🥲🥲🥲

my father worked there – a jeweler for L&L Jewelers on the 10th floor. Loved playing on the elevators !

Worked on the 11th floor for many years. They built a new (awful) building and moved us into it. Miss that old building.

when there with my mom “many times” to the “baby” doctor…old Dr Watson, delivered me, my younger siblings & several nieces & nephews…only one I ever heard of that his nurse was always at the hospital for deliveries. Think her name was Clara.

Had a great Coffee shop. My Mom worked there for Hinnagin, Croft and Cotham

My family’s opthomoligist Dr. Watkins was there and the optical shop across the street. Also, Caves Jewelry was on the ground floor. I even worked security in the building in the 80’s – spooky at night.

I know family dentist (Dr Wilson there) and ENT and
Pediatrician and family dr. buzzer
And I think eye doc too.
Catch bus block from home, get off front of building –
See the doc and reverse

Imogene Williams was our Dentist and she was a practicing lawyer, In the same little office in that building. She was an amazing woman.

My dentist was in The Donaghey Buliding. There was a coffee shop on the first floor. I remember the halls smelled like a dentist’s office, so there must have been more than one. lol!

Oh man! My first career job was on the 7th floor. As an underwriter for the Travelers. The coffee shop on the ground floor was a daily visit. So many memories there. The week of the Texas game in LR (I think it was Texas) I looked out of the window behind my desk loomed the Goodyear blimp.

My first sales job was with the Tom Baxley Insurance Agency in that building (Minnesota Mutual). Worked with Sigma Nu brother, Max Hooper.

Very cool seeing this on the inside. I worked in that building back in 83 to 88 and have worked in the new building across the street since 2001. It was a great building!!