“Practicing medicine isn’t just a science, it’s an art. The art of taking care of human beings. Sometimes it’s got to be about the patients and not the money.”
Dr Jackson – Eastern Ozark Regional Health System

Located in rural Arkansas between the city of Hardy and Cherokee Village sits the abandoned hospital that has been vacant for nearly 10 years. It was constructed in the year 1979 and was renamed twice in its years of operation. Originally Eastern Ozarks was a very small facility with only a ten bed capacity. With the partnership of the Baptist Memorial Hospital the small facility extended massively on a budget of approximately three million. In the year 1995 Baptist Memorial Eastern Ozarks name was changed to Eastern Ozark Regional Medical Health system as well as a ownership change. Due to several unfortunate reasons such as a bank loan on the property and the insufficient funds to operate a 24 hour emergency room the hospital was forced to shut down in 2004. Arkansas State Commissioner gifted the property to the City of Cherokee Village however the agreement would result in the city of having to pay off the remaining lien. It was suggested that the building face demolition or use it moving the city office/police department as well as many other uses for the property. However the city of Cherokee Village eventually made the decision to return the hospital back to the Arkansas State Commissioner of Land. 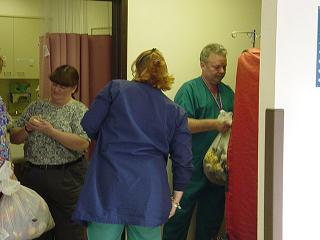 Dr. George Jackson was on Emergency Room duty at Eastern Ozarks Regional Health System Nov. 29, as he has been night after night since October, attempting to keep the hospital open.

Unfortunately, it may have been the last time Jackson will man the Eastern Ozarks ER.

“I was hoping we could at least keep it open until Christmas,” a somber Jackson said after it was announced the hospital would close its doors at midnight.

Speculation the hospital was on the verge of closing had run rampant since it closed its ER over Thanksgiving weekend.

“I hoped we would never see this happen to our community,” said Eastern Ozarks Chief of Staff Dr. Surinder Sra.

Eastern Ozarks Director of Nursing Val West said the hospital was forced to close because of problems with the hospital’s lab.

West said the lab closing set off a chain of events that led to the closing of the hospital.

“Without a lab, we can’t have an ER. Without an ER we don’t have a hospital,” West said.

She said all out-patient services including physical therapy and X-ray would still be available. 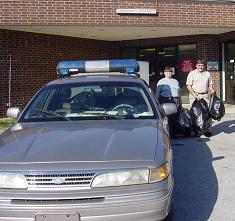 She said no employees have been laid off, but employees are given updated information about their status every 12 hours.

Jackson said the lab was closed because of a “chronic lack of reagents.” He said reagents are used to perform blood tests on patients.

“Over the last several weeks, we have been unable to perform several basic blood tests because of the lack of reagents,” said Jackson.

Dr. Francis Duke, who has been splitting ER shifts on nights and weekends with Jackson, said the reagents are expensive and the hospital wasn’t ordering enough.

During the day before the hospital closed, inspectors from the Arkansas Department of Health were present at the hospital.

Barham said any information gleaned from the inspection will be made available to the public 90 days after the investigation is complete.

The three patients at the hospital Monday were transferred to other hospitals before the midnight closing of the lab.

West said while the ER was closed over the weekend at least 59 potential patients were denied service.

Bob Becht bought the hospital in 1995.

Jackson said state law requires that an ER must have a physician on-call 24 hours a day to remain open.

Correct Care owner Eddie Dease said Eastern Ozarks was significantly behind on its payments and his company terminated service to Eastern Ozarks at the end of October.

“Eastern Ozarks Regional Health owes us a tremendous amount of money,” Dease said. If you combined what I make, you make and half the people in your office make in a year, it still wouldn’t touch what they owe my company.”

After Correct Care terminated its service, staff physicians were on call for the ER during the day, with Jackson and Duke working the ER at night.

Dease said he was asked by a representative from Eastern Ozarks two weeks ago how much the hospital would have to pay to get his company to re-start service.

Duke, who is employed by Correct Care, broke her contract with the company to help Dr. Jackson maintain the ER, she said.

Defending her decision, she said “Practicing medicine isn’t just a science, it’s an art. The art of taking care of human beings. Sometimes it’s got to be about the patients and not the money.”[/toggle]

It is a lot worse. A lot of the equipment could of been used by someone.. the files are still there.. lights still work in the speciality building

most entryways. are boarded up

My father was stung by two wasps in his mouth and throat doing yard work. And they didn't even do anything until the last minute before he could hardy open his mouth it was so enlarged. That's what a hospital is suppsoed to be for! Emergencies!

I worked at this hospital from the day it opened until 1995 when new management took over. It was down hill from there. It used to be a thriving facility with a lot of things going for it. Unfortunately, due to poor management decisions and inadequate support systems, it went on a downward spiral into self destruction. Such a shame too because the community really needs a hospital close by.

Does it bother anyone else that patient files are still just hanging out? Seems like someone should burn them or something?

It is odd that even personal
Stuff was left behind. Sad. Does look like life just didn't exist anymore. You know they had plenty of notice it was closing.

They actually had no notice that it was closing. Employees showed up to work that morning to find the doors locked

Bureaucracy at it's finest. Everything in that building could have been put to use right down to the plastic food trays and the blankets, yet there it all sits.

Its moldy because of moisture. We live in arkansas. If a building or structure is not conditioned this will happen

This is tragic to bear witness to all of the items rotting away that could have been of use to thousands of people. And what about the building/company owners? Why wouldn't they want to at least sell this stuff instead of letting it go to waste? I don't understand.

I live in this town. They never remodeled the place just been sitting there. Hardly see any police there anymore when it was first abandoned they patrolled a lot cause they had people breaking in and stealing things. It is quite sad but, the care wasn't not all that great there.

Oh, my goodness! Why was everything left to moulder?

So THIS is where they are putting the Ebola victims

So sad that they are just letting everything rot. There is stuff that could be giving to those less fortunate.

I thought they re modeled this place and opened it back up?

What a waste. Such a shame when there are clinics in big cities that could use this stuff.

Just crazy all that was left there. Thanks for sharing all these and all the other places you go. Love it when I see a post pop up its so intriguing!!