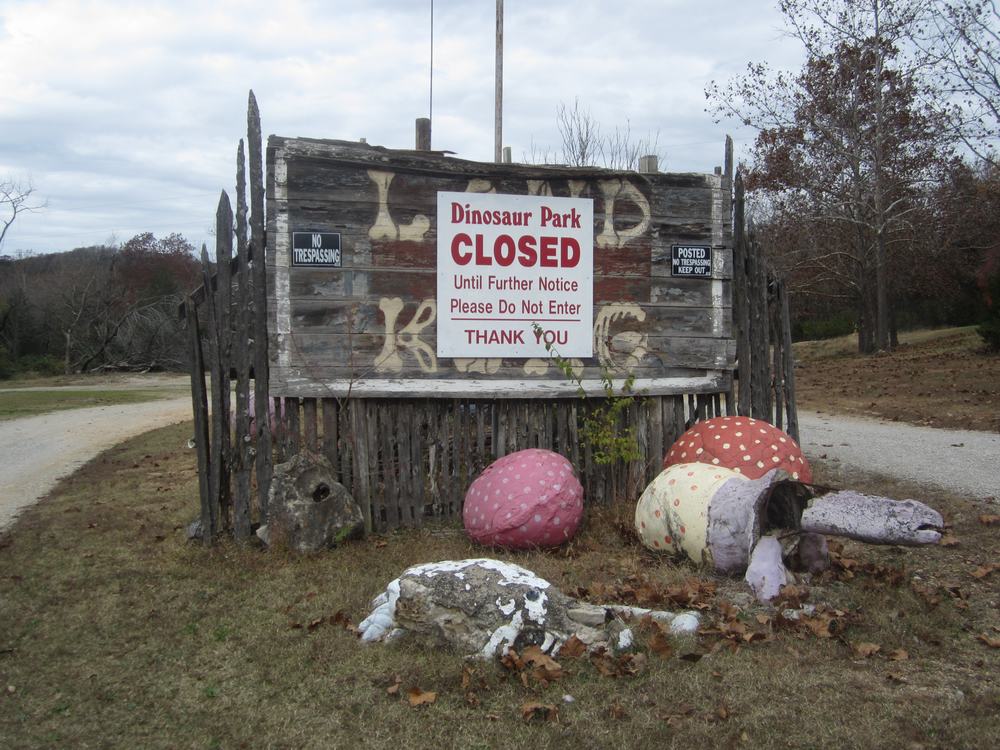 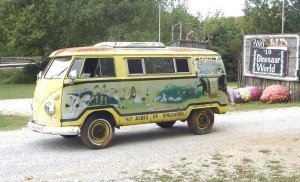 Dinosaur World, earlier known as John Agar’s Land of Kong and ” Farwell’s Dinosaur Park”, was a tourist attraction in Beaver, Arkansas. It was a theme park covering 65 acres , which contained a hundred life-size sculptures of dinosaurs, cavemen, and other prehistoric creatures as well as the world’s largest Noah’s Ark Mural. The park closed in 2005. It was the largest dinosaur park in the world.

The park was started in 1967 when Ola Farwell hired Emmet Sullivan to build 6-10 life-size replicas of dinosaurs. It was called “Farwell’s Dinosaur Park”. In the late 1970s the park was sold to Ken Childs and became “John Agar’s Land of Kong”. That’s when a 40 feet (12 m) tall statue of King Kong known as the “World’s Largest King Kong” was built. The owner, a friend of film actor John Agar, received permission from John Agar to use his name in the name of the park. John Agar had appeared in the 1976 version of King Kong. Many articles report that John Agar was either the owner or part owner, but he was never either one. 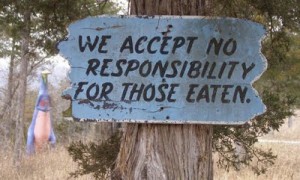 The sculptures were created by Emmet Sullivan, who also designed the dinosaur statues in Dinosaur Park and Wall Drug in South Dakota, and the Christ of the Ozarks statue in nearby Eureka Springs, Arkansas. Two local men, A. C. McBride and Orvis Parker handled the actual construction of the dinosaurs.

Along with the nearby Beaver Dam, a few of the park’s dinosaurs are featured briefly during the opening scenes of the 1969 horror movie ‘It’s Alive!’. The tyrannosaurus is featured in the 2005 film Elizabethtown and is shown on the film’s cover.

As of 2006 the park was intact but completely grown over. Oddly all the shelves in the gift shop were still stocked. On August 3, 2011, a fire destroyed the park’s main building. The fire was suspected to be arson.

If you want to explore, go the overpass before the park. If you park and go down to the river, you can follow the river right to park.
(You didn’t hear it from me)

Has anyone ever tried to find out why he won’t sell it, or any of the dinosaus or reopen the park?

I live near the park, the new owner that bought this place is very adamant that no one trespass. Reasonably so, its his private property now, not a public area. There are signs and he has been known to be around and tell people to leave. Too bad too because I’d love to go in and photograph the place!

Its also too bad because people would pay money to see this place!

I’m 28 now but as a child my papa took my siblings and I here multiple times in one summer. I wish I could find the pictures. I remember the swinging bridge. My fondest memory is the one that goes across the water. I walked it several times but got a bad feeling one time and refused to cross. Needless to say my pa drug me across it anyhow kicking and screaming….it rained and flooded over the bridge. We were stuck on the other side for hours. I remember I was so angry and told him my sixth sense is… Read more »

can I get in any other way besides the main gate?

Would they be willing to sell?

Are they willing g to sell?

No. I offered to go repaint some of the dinos for free and they won’t let me even look at them. He wont sell or do anything. It is sad.

I was wondering if anyone knew the owners. I would be interested in possibly buying one or two of the dinosaurs that has been left behind.

We offered to buy a few as well and they will not sell them. 🙁

I was wondering if anyone knew the owners. I would be interested in possibly buying one or two of the dinosaurs left behind.

Can we go in just too look.

hello. I was wondering if anyone knows how to get ahold of the owner. would love to go and see this place and take some pictures. I promise all ill take is my pictures and memories lol. thanks and have a blessed day.

You can’t. There is no trespassing.

Please someone re open this

There is a dinosaur world in Kentucky…..located in Cave City. That's about 40 miles from where they actually filmed the movie "Elizabethtown". It's a shame that kids these days have very little interest in doing things such as visiting places like this and museum's they would rather play a game or busy on social media.

I recall as a child going there often they allowed military in uniform in for free that was during Vietnam when we didn’t appreciate our military. There was a swinging bridge. I recall it was simple provided family time and you walked those acres and didn’t realize the exercise you were getting.

thanks for informative article

I remember going to this place when I was little. vaguely, but I do remember!!!

nice and very best working thanks for sharing please sir.